SV Ried will be visiting Generali-Arena on Sunday for the Bundesliga game with home side Austria Vienna.

All Austria Vienna v SV Ried match predictions, user poll and stats are shown below - as well as up-to-date odds.

Austria Vienna will be looking to improve on their last outing here following a 4-1 Conference League loss in their previous game against Lech Poznań.

Three or more goals per game were recorded in 5 of the past 6 meetings where Austria Vienna have taken part. Their opponents scored 9 of them in this period while Austria Vienna totted up 14. We will see if that trend will end up being sustained here.

Coming into this fixture, Austria Vienna are undefeated in their last 5 home league matches.

Following on from a losing effort in their last game against Red Bull Salzburg in Bundesliga competition, SV Ried and their fans will hope to get a better result this time.

Looking at their form, and SV Ried have been scored against in 6 of their last 6 matches, seeing their opponents hit 11 goals in total. Defensively, SV Ried seem to have a bit of a soft underbelly.

Looking at their prior head to head clashes stretching back to 20/09/2020 tells us that Austria Vienna have won 3 of these and SV Ried 2, with the number of drawn matches standing at 1.

A total of 21 goals were yielded between them in these games, with 12 for Die Veilchen and 9 created by SV Ried. That’s an average goals per game figure of 3.5.

The last league clash featuring these sides was Bundesliga match day 12 on 23/10/2021 when it ended Austria Vienna 4-1 SV Ried.

For their opponents, SV Ried had 10 attempts at goal with 4 on target. Seifedin Chabbi (9') scored.

The referee was Daniel Pfister.

We’re of the opinion that Austria Vienna will, in all likelihood, be able to create a decent number of chances and shots on target.

In contrast, SV Ried might well find it a difficult task to score themselves but do we see them scoring here.

We therefore think that it’s going to be a decent 3-1 winning margin for Austria Vienna at the end of this one. 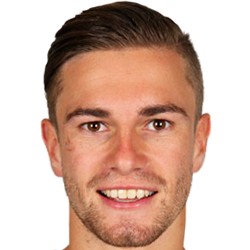 Normally taking to the field in the Striker position, Andreas Gruber was born in Austria. Having made his senior debut playing for Sturm Graz in the 2014 - 2015 season, the dangerous Forward has got 3 league goals in the Bundesliga 2022 - 2023 season to date in a total of 6 appearances.

We have made these Austria Vienna v SV Ried predictions for this match preview with the best intentions, but no profits are guaranteed. Please always gamble responsibly, only with money that you can afford to lose. Best of luck.