Scroll down for all of our predictions, poll and stats for the Niort v AJ Auxerre game - plus the latest match odds.

Niort will be hoping to bounce back here after a 0-1 Ligue 2 losing effort in their last game against St Etienne.

Gaëtan Charbonnier (86') was the scorer for St Etienne.

Their most recent results reveal that there has been much resilience in the Niort backline. Niort have been mean at the back, resulting in the tally of goals that have gone past their goalkeeper over the course of their last 6 matches standing at 4.

Following on from being defeated in their last game at the hands of RC Lens in Ligue 1 action, AJ Auxerre and their travelling supporters will be hoping that they can get a better result in this one.

In that game, AJ Auxerre had 32% possession and 6 shots on goal with 1 of them on target. On the other side, Lens got 10 shots at goal with 2 on target. Przemysław Frankowski (59') scored for RC Lens.

It is worth noting that AJ Auxerre have suffered from a shortage of goals over their previous 6 clashes, recording the poor return of only 4. In those fixtures, AJA have also seen the overall goal aggregate of their opponents equal 17. It will be interesting to see if that trend will end up being sustained into this next match.

A review of their past head to head results going back to 27/09/2019 shows that these fixtures have been disappointments for Niort. They have not managed to register any wins whatsoever whereas AJ Auxerre have been superior, winning in 83% of those ties.

Loads of goals were seen in those games, too - 23 in total which averages out at 3.83 goals per match.

The last league match featuring these clubs was Ligue 2 match day 25 on 19/02/2022 which finished with the scoreline of Niort 0-1 AJ Auxerre.

The referee was Frank Schneider.

The Niort boss Rui Almeida will be grateful not to have any fitness concerns at all coming into this game thanks to a fully injury-free group to choose from.

We’re thinking that Niort will need to put in a solid display to score goals against this AJ Auxerre team who we think might score & stay on top.

We’ve gone for a good tussle with a 0-1 victory for AJ Auxerre when the full-time whistle blows. 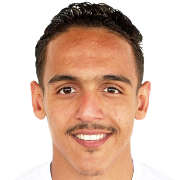 Mostly taking to the field in the Right Wing position, Bilal Boutobba was born in Marseille, France. After having played his first senior match for Marseille in the 2014 - 2015 season, the skilful Forward has struck 8 league goals in this Ligue 2 2022 - 2023 campaign so far coming from a total of 18 appearances.

We have made these Niort v AJ Auxerre predictions for this match preview with the best intentions, but no profits are guaranteed. Please always gamble responsibly, only with money that you can afford to lose.