Return to this page a few days before the scheduled game when this expired prediction will be updated with our full preview and tips for the next match between these teams.
Full-Time Result Prediction
👉
Avispa Fukuoka to Win

Avispa Fukuoka prepare for this match after a 0-0 J1 League draw against Kashiwa Reysol.

Under three goals per match were seen in 5 of the last 6 meetings where Avispa Fukuoka have been participants. In terms of the goal weighting from that period, their opponents scored an aggregate of 4 while Avispa Fukuoka totted up 3. We will have to find out whether or not that trend will end up being continued on in this game.

Since suffering a loss in their previous game against Shonan Bellmare in J1 League action, Vegalta Sendai will be aiming to make amends here.

Looking at their form, and Vegalta Sendai have been scored against in 5 of their last 6 matches, letting opponents get 10 goals in total. At the back, Vegalta Sendai just haven’t been too solid at all.

Taking a look at their past results, Vegalta Sendai:

An examination of their prior head to head clashes stretching back to 13/09/2009 tells us that Avispa Fukuoka have won 2 of them & Vegalta Sendai 3, with the number of drawn results standing at 1.

11 goals were shared by the two clubs throughout the course of those matches, with 4 for Avispa and 7 coming from Vegalta. That’s an average goals per game of 1.83.

The previous league meeting between these clubs was J1 League match day 14 on 15/05/2021 which ended up with the score at Vegalta Sendai 0-1 Avispa Fukuoka.

On that day, Vegalta Sendai had 51% possession and 13 shots at goal with 3 of them on target.

Avispa Fukuoka had 13 shots on goal with 5 of them on target. Daiki Watari (96') scored.

The referee was Takuto Okabe.

The Avispa Fukuoka manager Shigetoshi Hasebe has a full complement, with no fitness concerns to speak of ahead of this clash thanks to a fully injury-free squad available to choose from.

With a completely injury-free group available for selection, the Vegalta Sendai boss Makoto Teguramori does not have any fitness concerns to report before this game.

Our thinking is that Vegalta Sendai have the capability to put a goal past this Avispa Fukuoka team, although it possibly won’t be enough to avoid defeat.

We are anticipating a very close game with a 2-1 victory for Avispa Fukuoka when the full-time whistle blows. There shouldn’t be much in it, either way. 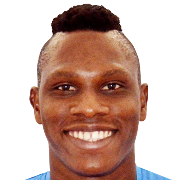 Typically played in the Striker position, John Mary was born in Nnobi, Nigeria. After making a first senior appearance for Vojvodina in the 2015 - 2016 season, the skilful Forward has bagged 5 league goals in the J1 League 2021 season to date coming from a total of 16 appearances.

While we have made these predictions for Avispa Fukuoka v Vegalta Sendai for this match preview with the best of intentions, no profits are guaranteed. Always gamble responsibly, and with what you can afford to lose. Good luck with your selections.