Ayr United will visit Kilmac Stadium at Dens Park on Tuesday for the Championship tie with home side Dundee.

View all of the Dundee v Ayr United predictions, poll and stats below (inc. the best betting odds).

Dundee will be looking for an improved result here after a 2-3 Championship loss in their previous game against Queen Of The South.

It’s been a rare occasion in recent games where Dundee have kept a clean sheet. It will be a concern for them that The Dark Blues have seen their defence breached in 6 of their previous 6 games, leaking 10 goals in the process. That sort of trend won’t necessarily be sustained into this next game, however.

Following on from suffering a loss in their previous game against Inverness C.T. in Championship competition, Ayr United and their fans will hope to get a better result this time.

The numbers tell their own story, and Ayr United have been scored against in 5 of their last 6 matches, conceding 8 goals overall. In defence, The Honest Men have seen their frailties exposed.

Inspecting their most recent head-to-head clashes going back to 18/08/2018 shows that Dundee have won 3 of these and Ayr United 2, with the number of drawn results standing at 1.

A total of 11 goals were produced between them in these games, with 5 of them from The Dark Blues and 6 belonging to The Honest Men. That is an average goals per game value of 1.83.

The last league meeting between the two was Championship match day 5 on 21/11/2020 when it ended Ayr United 2-0 Dundee.

The match was refereed by Graham Beaton.

There aren’t many selection issues, with just a single fitness concern for the Dundee gaffer James McPake to be concerned about from of an almost fully healthy group of players. Alex Jakubiak (Hamstring Injury) misses out.

From a largely full-strength group, there’s only a single fitness issue for the Ayr United manager Mark Kerr to be concerned about. Craig Moore (Cruciate Ligament Surgery) won’t be playing here.

We’re of the opinion that Dundee will more than likely get amongst the goals against Ayr United, who will be up against it scoring.

Accordingly, we see a comfortable 2-0 margin for Dundee at the conclusion of the game. 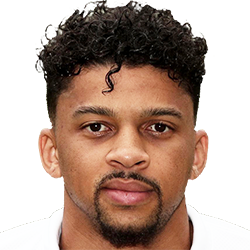 Regularly deployed in the Striker position, Osman Sow was born in Stockholm, Sweden. After having played his first senior match for Syrianska FC in the 2013 season, the goalscoring Forward has managed 7 league goals in this Championship 2020 - 2021 season so far in a total of 11 appearances.

While we have made these predictions for Dundee v Ayr United for this match preview with the best of intentions, no profits are guaranteed. Always gamble responsibly, and with what you can afford to lose. Good luck!