The Serie B clash at Stadio Renzo Barbera on Friday will see home team Palermo take on AS Bari.

Full predictions, pre-match stats and user poll for Palermo v AS Bari are shown on this page - along with the latest match odds.

Palermo will play in this match after a 3-3 Serie B draw vs Perugia.

In their prior six fixtures, Eugenio Corini's Palermo have celebrated scoring a combined total of 8 times resulting in an average number of goals per match of 1.33.

AS Bari will come into the game after a 4-0 Serie B win with the defeat of Parma in their last outing.

A run of steadfast displays by the AS Bari defenders has seen the number of goals they’ve conceded amounting to 3 from their previous 6 outings in total. During the same time, their own forwards have managed to score 12.

Coming into this fixture, AS Bari have not been beaten in their last 4 league matches away from home.

A look at their prior head to head clashes stretching back to 07/05/2011 shows that Palermo have won 3 of them & AS Bari 1, with the number of drawn matches being 2.

16 goals were scored between the two sides throughout the course of those matches, with 10 from Rosaneri and 6 coming from Galletti. That is an average goals per game value of 2.67.

The previous league clash between these sides was Serie B match day 2 on 19/08/2022 and the score finished AS Bari 1-1 Palermo.

On that occasion, AS Bari managed 63% possession and 18 attempts at goal with 5 on target. Their only player to score was Walid Cheddira (68').

At the other end, Palermo got 8 shots at goal with 4 on target. Nicola Valente (37') was the scorer.

Owing to a fully healthy squad to choose from, the AS Bari manager Michele Mignani does not have any fitness worries to report before this clash.

Our thinking is that AS Bari and Palermo could both end up scoring in a what should be a good tussle with little between the two teams.

A draw looks like a realistic possibility, but we’ll see what happens. We’re therefore tipping a very even match with a 1-1 score draw after 90 minutes. 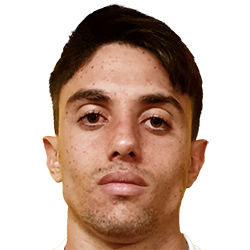 Usually used in the Right Wing position, Salvatore Elia was born in Prato, Italy. After having made a senior debut playing for Juve Stabia in the 2019 - 2020 season, the dangerous Forward has accumulated 3 league goals in this Serie B 2022 - 2023 season to date in a total of 10 appearances.

We have made these Palermo v AS Bari predictions for this match preview with the best intentions, but no profits are guaranteed. Please always gamble responsibly, only with money that you can afford to lose. Good luck if you do place a bet today.