The Championship clash at Oakwell Stadium on Saturday sees home side Barnsley take to the field against opponents Blackpool.

To see all of our predictions, user poll & stats for Barnsley v Blackpool, scroll down (plus the best game odds).

Barnsley will be looking for a repeat result of a 5-4 FA Cup success against Barrow.

Over their last six games, Poya Asbaghi's Barnsley have celebrated scoring a total of 8 times which gives them an average number of goals scored per match equal to 1.33.

Since a loss in their previous game against Hartlepool United in FA Cup competition, Blackpool will be hoping to turn things around here.

The only player to score from Blackpool was Keshi Anderson (8'). David Ferguson (48') and Joe Grey (61') scored for Hartlepool United.

Looking at their form, and Blackpool have been scored against in 5 of their last 6 games, letting opponents get 9 goals overall. At the back, Blackpool could really do with shoring things up. While that may be of interest, we must now wait to see whether such a trend might continue on here in this game.

Taking a look at their past results, Blackpool:

Inspecting their past head-to-head meetings going back to 07/01/2017 shows us that Barnsley have won 2 of these games and Blackpool 3, with the tally of drawn results standing at 1.

A combined sum of 12 goals were shared by the two clubs throughout the course of those matches, with 5 of them for The Tykes and 7 being from The Seasiders. That is an average goals per game value of 2.

Almost everyone can be considered, as there’s just one fitness concern for the Barnsley gaffer Poya Asbaghi to be concerned about from an otherwise fully-primed set of players. Aapo Halme (Unknown Injury) is out of contention. Callum Brittain cannot play in this game through suspension.

We’ve got the feeling that Blackpool and Barnsley could end up without much reward for their efforts here.

We’ll have to see, but a draw might be on the cards. That is why we are leaning toward a very competitive game with a 0-0 draw at the end of the 90 minutes. 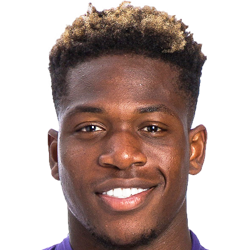 Usually taking up the Striker position, Aaron Leya Iseka was born in Brussels, Belgium. Having made his senior debut playing for RSC Anderlecht in the 2014 - 2015 season, the dangerous Forward has scored a sum of 3 league goals in the Championship 2021 - 2022 season so far from a total of 18 appearances.

While we have made these predictions for Barnsley v Blackpool for this match preview with the best of intentions, no profits are guaranteed. Always gamble responsibly, and with what you can afford to lose. Best of luck.