MK Dons arrive at Oakwell Stadium on Saturday for the League One tie with hosts Barnsley.

Our full set of predictions, statistics and match poll for Barnsley v MK Dons can be seen below (inc. the best betting odds).

Barnsley are hoping to win again following a 0-1 League One success vs Shrewsbury Town.

The only player to score from Barnsley was Adam Phillips (10').

Under three goals per match were seen in 5 of the past 6 fixtures where Barnsley have taken part. In terms of the goal distribution during this period, opposition teams scored an aggregate of 4 and Barnsley totted up 7. Such a trend isn’t assured to be sustained into this game, however.

Coming into this fixture, Barnsley have not emerged victorious against MK Dons in their previous 2 matches in the league.

Since being defeated in their last game at the hands of Derby County in League One action, MK Dons and their travelling supporters will be hoping that they can get a better result in this one.

Ahead of this meeting, MK Dons have not been beaten in their last 2 league matches away from home.

If we look at their past head to head duels dating back to 19/03/2005, there has been little between the sides with Barnsley winning 2 of those games, MK Dons 2 and 2 being drawn in regulation time.

A total of 18 goals were yielded between them in this period, with 9 from The Tykes and 9 coming from The Dons. That’s an average goals per game of 3.

The previous league fixture between these sides was League One match day 27 on 24/01/2015 which ended up with the score at MK Dons 2-0 Barnsley.

At the other end, Barnsley had 4 shots at goal with 1 of them on target.

The Barnsley boss Michael Duff will be grateful not to have any fitness concerns to speak of ahead of this match owing to a completely healthy squad available to select from.

Owing to a fully injury-free squad available to select from, the MK Dons boss Liam Manning does not have any fitness worries to report before this clash.

MK Dons will manage to break down this Barnsley side, however it is unlikely to be as many as they will have scored against them.

Our tip is for a 2-1 winning score for Barnsley at full-time. Should be a good one. 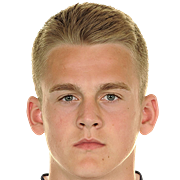 Usually played in the Centre Midfield position, Josh Benson was born in England. Having made his senior debut playing for Burnley in the 2020 - 2021 season, the goalscoring Midfielder has netted 3 league goals in this League One 2022 - 2023 campaign so far coming from a total of 16 appearances.

While we have made these predictions for Barnsley v MK Dons for this match preview with the best of intentions, no profits are guaranteed. Always gamble responsibly, and with what you can afford to lose. Good luck!