The Championship meeting at Deepdale on Saturday will see home side Preston North End ready themselves for the challenge from opponents Barnsley.

All Preston North End v Barnsley match predictions, user poll and stats are shown below - plus the latest match odds.

Preston North End will be looking for a repeat result of a 0-1 Championship triumph against Coventry City.

An interesting feature of recent Preston North End games is seeing a zero in the scoreline.

Taking their previous sextet of clashes before this one, in as many as 5 of them a wager on both teams scoring would've been a loser.

Barnsley head into the encounter following on from a 1-0 Championship win against Rotherham United in their most recent fixture.

A series of outstanding displays from the Barnsley defensive players has resulted in the number of goals they’ve conceded amounting to 4 from their previous 6 outings in total. Over that same period of time, their own forwards have managed to score 7. We will have to find out if that trend will end up being continued on in this game.

Ahead of this meeting, Barnsley have not won against Preston North End in games played away from home for the previous 2 league matches.

An examination of their most recent head to head clashes dating back to 04/02/2017 shows that Preston North End have won 2 of them & Barnsley 1, with the tally of drawn matches being 3.

In all, 14 goals were scored between the two sides in this period, with 10 of them for The Lilywhites and 4 created by The Tykes. The average number of goals per game works out to 2.33.

The last league match between these sides was Championship match day 19 on 15/12/2020 when it finished Barnsley 2-1 Preston North End.

On the other side, Preston North End got 4 shots on goal with 3 on target. Seán Maguire (2') scored.

It’s a low absenteeism rate, with just the sole fitness concern for the Preston North End gaffer Frankie McAvoy to be concerned about from an otherwise fully-primed set of players. Patrick Bauer (Achilles tendon rupture) misses out.

From a largely available group, there’s just the one fitness worry for the Barnsley gaffer Valérien Ismaël to be concerned with. Ben Williams (Cruciate Ligament Injury) won’t be playing here.

When taking everything into account, Preston North End will do well to find the net against this Barnsley side who we think might get the vital goal that wins it.

We therefore think that it’s going to be a highly competitive game with a 0-1 victory for Barnsley after 90 minutes. 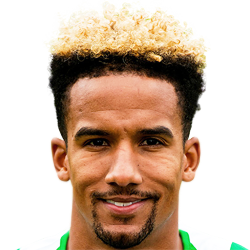 Typically taking up the Left Attacking Midfielder position, Scott Sinclair was born in Bath, England. Having played his first senior match for Bristol Rovers in the 2004 - 2005 season, the skilful Midfielder has got 9 league goals in the Championship 2020 - 2021 season so far from a total of 36 appearances.

While we have made these predictions for Preston North End v Barnsley for this match preview with the best of intentions, no profits are guaranteed. Always gamble responsibly, and with what you can afford to lose.