Scroll down for all of our predictions, poll and stats for the BB Erzurumspor v İstanbul Başakşehir game - along with the latest match odds.

BB Erzurumspor, buoyed by their previous result, will be hoping for more of the same after the 2-3 Super Lig success vs Gaziantep.

It has been a rare occasion in recent games that BB Erzurumspor have kept a clean sheet. In fact, Dadaşlar have seen their defence breached in 5 of their previous 6 matches, letting in 11 goals along the way.

In the game prior to this, İstanbul Başakşehir drew 0-0 in the Super Lig tie with Alanyaspor.

In that game, İstanbul Başakşehir managed 49% possession and 3 shots at goal with 0 of them on target. At the other end, Alanyaspor had 13 shots on goal with 5 on target.

Aykut Kocaman's İstanbul Başakşehir have had reason to celebrate scoring 5 times in the course of their latest 6 matches. The total of goals that have been scored against them during that same period comes to 5.

The previous league fixture between these clubs was Super Lig match day 17 on 06/01/2021 which finished with the scoreline of İstanbul Başakşehir 1-0 BB Erzurumspor.

BB Erzurumspor boss Yilmaz Vural will be grateful not to have any fitness worries at all before this game owing to a fully healthy squad ready to go.

Thanks to a completely healthy group to choose from, İstanbul Başakşehir manager Aykut Kocaman doesn’t have any fitness concerns to speak of ahead of this clash.

We’re thinking that BB Erzurumspor may find it difficult to hit the back of the net against this İstanbul Başakşehir team who we think will likely get a goal themselves and run out victorious.

That’s why we have predicted a very competitive game with a 0-1 winning margin for İstanbul Başakşehir at the end of the 90. 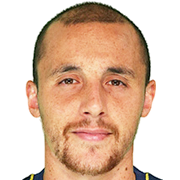 Regularly played in the Left Attacking Midfielder position, Aatif Chahéchouhe was born in Fontenay-aux-Roses, France. After having made a senior debut playing for in the 2007 - 2008 season, the dangerous Midfielder has struck 4 league goals in this Süper Lig 2020 - 2021 campaign so far coming from a total of 29 appearances.

While we have made these predictions for BB Erzurumspor v İstanbul Başakşehir for this match preview with the best of intentions, no profits are guaranteed. Always gamble responsibly, and with what you can afford to lose. Good luck!