Return to this page a few days before the scheduled game when this expired prediction will be updated with our full preview and tips for the next match between these teams.
Full-Time Result Prediction
👉
Zagłębie Lubin to Win

BBT Nieciecza will arrive at Stadion Zagłębia Lubin on Friday for the Ekstraklasa showdown with home side Zagłębie Lubin.

Our Zagłębie Lubin v BBT Nieciecza tips, poll and stats can be seen in full below - as well as the best betting odds.

Zagłębie Lubin will be hoping for a repeat of their last result, following a 0-1 Ekstraklasa victory vs Piast Gliwice.

Paweł Karmelita's Zagłębie Lubin have seen rewards for their attempts on goal 7 times over their last half-dozen outings. The corresponding number of goals that they have conceded in those same fixtures amounts to 11.

The stats don’t lie, and BBT Nieciecza have been scored against in 5 of their last 6 matches, conceding 9 goals in total. Defensively, BBT Nieciecza could really do with shoring things up.

Coming into this contest, BBT Nieciecza are without a win away from home in their last 3 league games.

A review of their past head to head meetings dating back to 07/08/2015 tells us that Zagłębie Lubin have won 4 of these games and BBT Nieciecza 1, with the tally of draws being 1.

A combined sum of 14 goals were shared by the two clubs in this period, with 10 of them for Miedziowi and 4 belonging to Słoniki. The average goals per game has been 2.33.

The last league encounter featuring these clubs was Ekstraklasa match day 18 on 02/12/2017 and the score finished Zagłębie Lubin 4-2 BBT Nieciecza.

For their opponents, BBT Nieciecza got 9 attempts on goal with 4 of them on target. Piątek (10', 76') was the scorer.

The referee was Mariusz Złotek.

The Zagłębie Lubin manager Paweł Karmelita will be happy not to have any fitness concerns to speak of coming into this clash thanks to a fully healthy group to pick from.

Owing to a fully healthy squad available to select from, the BBT Nieciecza manager Mariusz Lewandowski has no fitness concerns at all coming into this match.

We’ve got the feeling that BBT Nieciecza have the ability to breach the defence of this Zagłębie Lubin team, although that possibly won’t quite be enough to prevent defeat.

We think that it’s going to be a very close game with a 2-1 winning margin for Zagłębie Lubin after the 90. Should be an interesting one. 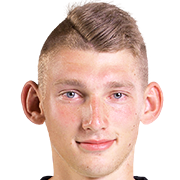 Regularly taking up the Striker position, Patryk Szysz was born in Poland. Having made his senior debut playing for Zagłębie Lubin in the 2018 - 2019 season, the accomplished Forward has managed to score 2 league goals in the Ekstraklasa 2021 - 2022 campaign to date in 6 appearances.

We have made these Zagłębie Lubin v BBT Nieciecza predictions for this match preview with the best intentions, but no profits are guaranteed. Please always gamble responsibly, only with money that you can afford to lose. Good luck!