Cagliari visit Stadio Ciro Vigorito on Sunday for the Serie A showdown with hosts Benevento.

For all of our match predictions, pre-game poll and statistics for Benevento v Cagliari, scroll down - as well as up-to-date odds.

Benevento won’t want a repeat of their last result here following a 2-0 Serie A losing effort in their last game against AC Milan.

It’s been all too rare in recent games that Benevento have managed to hold out for a full 90 minutes. The facts show that Benevento have failed to prevent opponents from scoring in 6 of their previous 6 games, giving up 16 goals along the way. That sort of pattern might not follow through into this match, of course.

Ahead of this clash, Benevento are without a win at home for the past 10 league matches. Something needs to change.

In their previous fixture, Cagliari drew 1-1 in the Serie A match with SSC Napoli.

The numbers tell their own story, and Cagliari have been scored against in 5 of their last 6 games, conceding 9 goals in all. At the back, Casteddu / Rossoblu have been far from perfect.

Going into this contest, Cagliari are undefeated in their previous 2 league matches away from home.

The last league match between the two was Serie A match day 16 on 06/01/2021 which finished with the scoreline of Cagliari 1-2 Benevento.

In that match, Cagliari managed 61% possession and 12 attempts on goal with 5 of them on target. Their only player on the scoresheet was João Pedro (20').

When taking everything into account, Benevento will really need to work well to see themselves scoring against this Cagliari lineup who will likely end up scoring and staying ahead.

Therefore, we predict a hard-fought 0-1 winning margin for Cagliari at the end of the 90 minutes. 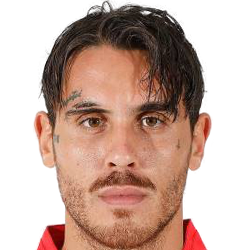 Typically taking up the Centre Midfield position, Nicolas Viola was born in Taurianova , Italy. Having made a first senior appearance for Reggina in the 2008 - 2009 season, the dangerous Midfielder has bagged 5 league goals in the Serie A 2020 - 2021 season so far coming from a total of 15 appearances.

We have made these Benevento v Cagliari predictions for this match preview with the best intentions, but no profits are guaranteed. Please always gamble responsibly, only with money that you can afford to lose. Best of luck.