The Serie B game at Stadio Paolo Mazza on Sunday will see home side SPAL welcome Benevento.

Our SPAL v Benevento tips, poll and stats can be seen in full below (plus the best game odds).

SPAL enter this fixture following a 0-0 Serie B tied result vs Benevento.

It has been a rare occasion in recent games that SPAL haven’t conceded. The facts show that SPAL have failed to prevent opponents from scoring in 5 of their previous 6 matches, shipping 13 goals during that time.

Their previous form shows that SPAL:

Going into this one, Benevento are unbeaten in their previous 2 league matches away from home.

Inspecting their most recent head to head clashes going back to 27/08/2016 shows that SPAL have won 3 of these games and Benevento 2, with the number of draws being 1.

A sum of 12 goals were shared by the two clubs during those clashes, with 7 of them for SPAL and 5 being from Benevento. That is an average goals per game value of 2.

There aren’t many personnel worries, with just the lone fitness concern for the SPAL gaffer Roberto Venturato to contend with from an otherwise fully-primed set of players. Emmanuel Latte Lath (Adductor problems) is sidelined.

In all likelihood, SPAL should make use of the 4-3-1-2 formation for this one with Demba Thiam, Lorenzo Dickmann, Francesco Vicari, Elio Capradossi, A. Tripaldelli, Jacopo Da Riva, Federico Viviani, Luca Mora, Marco Mancosu, Mattia Finotto and Lorenzo Colombo.

We’re inclined to think that SPAL could find themselves up against it to break down this Benevento team who we reckon will just have the edge.

Our tip is therefore for a narrow 0-1 winning margin for Benevento when all is said and done. 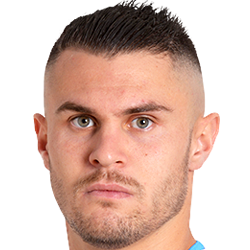 Regularly deployed in the Central Defensive Midfielder position, Federico Viviani was born in Lecco, Italy. Having made his senior debut playing for Roma in the 2011 - 2012 season, the talented Midfielder has netted 3 league goals in this Serie B 2021 - 2022 campaign so far in 15 appearances.

We have made these SPAL v Benevento predictions for this match preview with the best intentions, but no profits are guaranteed. Please always gamble responsibly, only with money that you can afford to lose. Best of luck.