Our FC Midtjylland v Benfica predictions, statistics and match poll can be seen below including the latest game odds.

FC Midtjylland will be hoping for a better result following the 1-3 UCL Qualifiers defeat last time out to Benfica.

In that match, FC Midtjylland had 37% possession and 10 attempts at goal with 5 on target. The scorer for FC Midtjylland was Pione Sisto (63'). Benfica had 12 attempts on goal with 4 of them on target. Enzo Fernández (23'), Henrique Araújo (56') and Diogo Gonçalves (88') scored for Benfica.

A series of accomplished showings from the Benfica defenders has resulted in the number of goals they’ve conceded standing at 2 from their past 6 outings in total. During the same time, the number of goals that they have scored themselves amounts to 11. With no two games being the same, it remains to be seen if the trend shall be replicated in this match.

There aren’t many personnel worries, with just one fitness concern for the FC Midtjylland boss to be concerned about thanks to an almost full-strength set of players. Evander (Muscle fiber tear) is sidelined.

Owing to an otherwise healthy squad, there’s just the sole fitness problem for the Benfica boss Roger Schmidt to be concerned about. Lucas Veríssimo (Ruptured cruciate ligament) won’t be in action.

Looking at these two teams, we feel that FC Midtjylland could find themselves up against it to register a score against this Benfica lineup who we think will likely be able to grind out a win.

That’s why we have predicted a 0-1 winning margin for Benfica after 90 minutes. 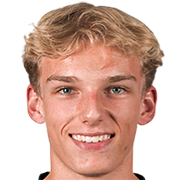 Mostly playing in the Right Wing position, Gustav Isaksen was born in Hjerk, Denmark. Having played his first senior match for FC Midtjylland in the 2019 - 2020 season, the accomplished Forward has managed 2 league goals in this Superliga 2022 - 2023 season so far in a total of 4 appearances.

While we have made these predictions for FC Midtjylland v Benfica for this match preview with the best of intentions, no profits are guaranteed. Always gamble responsibly, and with what you can afford to lose. Good luck if you do place a bet today.