The Super Lig match at Necmi Kadıoğlu Stadyumu on Saturday will see home side Istanbulspor playing against opponents Beşiktaş.

For all of our match predictions, pre-game poll and statistics for Istanbulspor v Beşiktaş, scroll down (plus the best game odds).

Istanbulspor go into this game following a 1-1 Super Lig tied result versus Sivasspor.

Istanbulspor have really struggled up front of late. Their ‘goals for’ figure equals just 4 versus opposing sides over the course of their previous 6 fixtures. In those meetings, Istanbulspor have also seen the number of goals scored against them come to 9. It will be interesting to see whether or not that trend will be continued on into this next match.

After a loss in their previous game against İstanbul Başakşehir in Super Lig action, Beşiktaş and their fans will hope to get a better result this time.

The numbers tell their own story, and Beşiktaş have been scored against in 5 of their last 6 matches, conceding 8 goals in all. At the back, Beşiktaş just haven’t been too solid at all.

Coming into this fixture, Beşiktaş are undefeated in their last 6 league matches away from home.

Istanbulspor will likely be able to get a goal against this Beşiktaş outfit, although just one goal probably won’t be enough to avoid defeat.

We can see a 1-2 winning score for Beşiktaş at full-time. It really should be an interesting one. 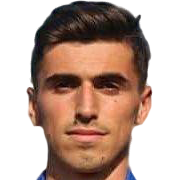 Generally taking up the Right Wing position, Valon Ethemi was born in Palatica, Macedonia. Having made a first senior appearance for Istanbulspor in the 2022 - 2023 season, the goalscoring Forward has bagged 2 league goals in this Süper Lig 2022 - 2023 season to date coming from a total of 5 appearances.

While we have made these predictions for Istanbulspor v Beşiktaş for this match preview with the best of intentions, no profits are guaranteed. Always gamble responsibly, and with what you can afford to lose. Good luck!