All of our predictions, stats and the user poll for Birmingham City v Huddersfield Town are shown below - plus the latest match odds.

Birmingham City will play in this game following on from a 0-0 Championship drawn result against Luton Town.

In that match, Birmingham City managed 47% possession and 12 shots on goal with 3 of them on target. At the other end, Luton Town had 15 attempts at goal with 4 on target.

Matches featuring Birmingham City have proved to be absorbing ones lately with a lot of goalmouth action expected. Over their past 6 games alone, a grand total of 22 goals have flown in for both teams combined (at an average of 3.67 goals per game) with 7 of them being chalked up by Birmingham City.

Following on from being defeated in their last game at the hands of Burnley in Championship action, Huddersfield and their travelling fans will hope for a better result here.

For 5 of the prior six clashes involving Huddersfield Town, a relatively low number of goals have gone in between them and opposing sides. The overall average goals scored per game during that period comes to a meagre 1.67, with the number of goals averaged by The Terriers standing at 1. That kind of trend isn’t assured to be sustained into this game, though.

Coming into this clash, Huddersfield Town haven't been defeated in their previous 3 league matches away from home.

A review of their most recent head-to-head meetings going back to 23/11/2019 shows us that Birmingham City have won 1 of these games & Huddersfield 2, with the tally of drawn matches standing at 3.

A combined total of 12 goals were produced between them throughout the course of those matches, with 4 from The Blues and 8 created by The Terriers. The average goals per game has been 2.

The Birmingham City boss John Eustace does not have any fitness worries whatsoever before this clash with a completely injury-free squad to choose from.

Due to a fully injury-free group available to choose from, the Huddersfield boss Danny Schofield has zero fitness worries to report before this match.

Our assessment is that Huddersfield Town and Birmingham City may well both score, with little between these two teams.

Will be interesting to see how this one goes, with a good chance of a draw. Our tip is therefore for a tight encounter with a 1-1 score draw at the end of this one. 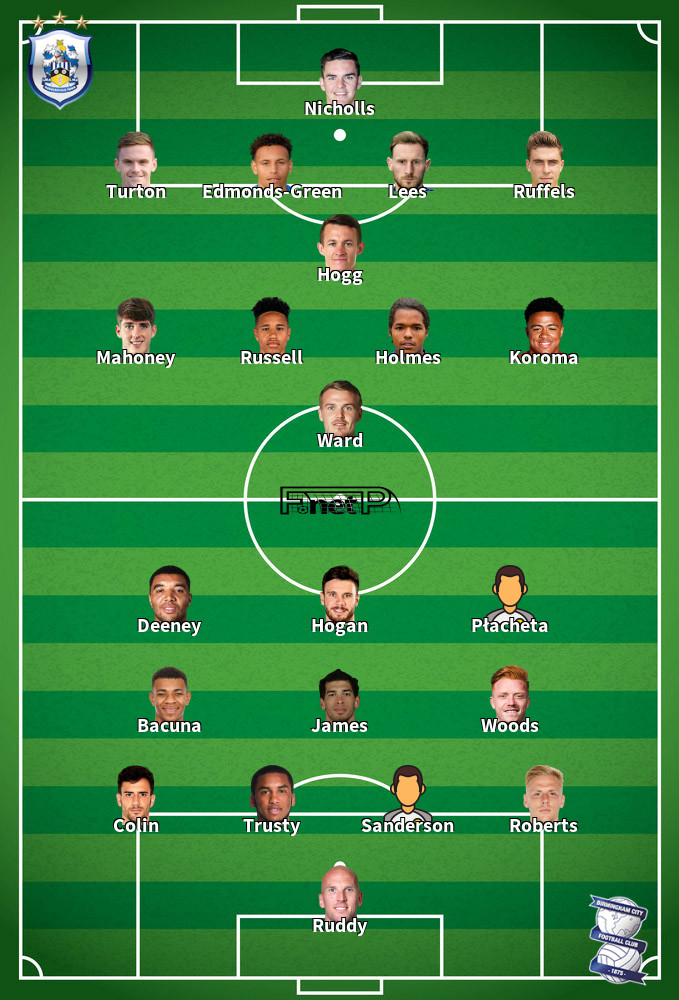 While we have made these predictions for Birmingham City v Huddersfield Town for this match preview with the best of intentions, no profits are guaranteed. Always gamble responsibly, and with what you can afford to lose. Good luck with your selections.