The Championship clash at Ashton Gate Stadium on Saturday will see home team Bristol City facing opposition in the form of Blackburn Rovers.

Our tips, poll and stats for Bristol City v Blackburn Rovers can all be found here - as well as the best betting odds.

Bristol City won’t want a repeat of their last result here after a 3-2 Championship loss in their previous game against Coventry City.

At least three goals per game were seen in 5 of the past 6 meetings where Bristol City have been involved. Opposition teams scored 14 of them in these games while Bristol City managed a tally of 5. We will find out if that trend will end up being sustained into this next match.

Ahead of this meeting, Bristol City haven't been beaten in the league by Blackburn Rovers in their last 2 matches.

Blackburn Rovers come into this encounter after a 3-1 Championship win with the defeat of Sheffield United in their most recent outing.

Indicating their bias toward fruitful encounters, we’ve had goals 21 times in the last 6 matches in which Blackburn Rovers have sent out their troops, yielding a mean average of 3.5 goals each clash. Their opponents have managed 12 of this grand total.

An examination of their most recent head-to-head clashes dating back to 02/09/2018 tells us that Bristol City have won 3 of them and Blackburn Rovers 2, with the tally of drawn results standing at 1.

A total of 13 goals were yielded between them in these games, with 7 for The Robins and 6 being from Rovers. That is an average goals per game value of 2.17.

The previous league fixture between these clubs was Championship match day 37 on 17/03/2021 which ended up with the score at Blackburn Rovers 0-0 Bristol City.

That day, Blackburn Rovers managed 73% possession and 14 shots on goal with 2 on target.

At the other end, Bristol City had 6 shots on goal with 3 of them on target.

The Bristol City manager Nigel Pearson will be grateful to have no fitness worries whatsoever coming into this match thanks to a completely injury-free group to pick from.

Owing to a fully injury-free squad available to choose from, the Blackburn Rovers boss Tony Mowbray doesn’t have any fitness worries at all ahead of this game.

We’re of the view that Blackburn Rovers and Bristol City could well cancel each other out, with goals at a real premium.

Little in this one, and it’s almost too close to call. Therefore, we predict a very competitive game with a 0-0 draw when the referee blows the final whistle. 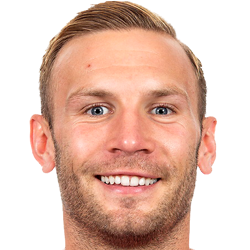 Usually used in the Striker position, Andreas Weimann was born in Vienna, Austria. Having played his first senior match for Aston Villa in the 2010 - 2011 season, the talented Forward has netted 7 league goals in the Championship 2021 - 2022 campaign to date in a total of 17 appearances.

We have made these Bristol City v Blackburn Rovers predictions for this match preview with the best intentions, but no profits are guaranteed. Please always gamble responsibly, only with money that you can afford to lose. Good luck with your selections.