The Charlton Athletic v Blackpool live stream video is set for 26/02/2021. Soccer fans can watch the clash on a live streaming service should the game be featured in the schedule referenced above. Here we arm you with helpful information for watching this League One match that includes the most recent team form, head to head meetings and our game views.

In order to watch the game via other sources, look up broadcasters’ listings for your local region. Such broadcasting rights are often granted on a per-competition/league or even individual match arrangement basis. For fixtures shown live on regional tv programmes, check the listings on channels such as BT Sport, Amazon Prime Video, Sky Sports, Now TV, iTV, Canal+, Fox Soccer, ESPN that are relevant for your location.

Where the abovementioned broadcaster is showing Charlton Athletic v Blackpool soccer live streaming service, you’ll be able to view it on your mobile (iPhone, Android including Infinix) and desktop or even tablet (eg iPad, Lenovo Tab).

Post-game, we may also link to highlights from time to time. We are not responsible for the transmission of any game video content linked to from this site. All legal issues must be dealt with via the hosters/owners of such content.

The League One fixture at The Valley on Saturday will see home side Charlton Athletic lock horns with opponents Blackpool.

To see all of our predictions, user poll & stats for Charlton Athletic v Blackpool, scroll down (inc. the best betting odds).

Charlton Athletic will be looking for an improved result here following a 1-2 League One losing effort in their last game against Burton Albion.

For Charlton Athletic, the goals were scored by Jayden Stockley (9') and Ben Watson (54' Own goal). Mike Fondop (25') scored for Burton Albion.

Charlton Athletic haven’t had any problems with scoring, finding the back of the net in each and every one of their last 6 matches.

They’ve managed to rack up 8 during that time and have conceded a total of 9. Putting that to one side, we must now wait to see if that pattern shall persist in this upcoming match.

Heading into this fixture, Charlton Athletic are unbeaten in the league by Blackpool in their last 2 matches.

Blackpool will go into this encounter following on from a 0-1 League One win against Portsmouth in their most recent fixture.

The only player to score from Blackpool was Jerry Yates (82').

A run of hard-working showings from the Blackpool defensive players has resulted in their ‘goals against’ tally amounting to 4 from their previous 6 outings overall. Over that same period, their own forwards have managed to score 10.

Heading into this contest, Blackpool remain unbeaten by Charlton Athletic when having played them away from home in the previous 4 league matches. Away fans have certainly had plenty to cheer about.

Checking out their prior head to head meetings stretching back to 17/03/2015, there has been little between the sides with Charlton Athletic winning 2 of those games, Blackpool 2 and 2 being drawn after 90 minutes of play.

A sum of 10 goals were yielded between them during those clashes, with 6 of them from The Addicks and 4 for The Seasiders. That’s an average goals per game of 1.67.

The previous league contest between the two was League One match day 7 on 20/10/2020 when it ended Blackpool 0-1 Charlton Athletic.

Charlton Athletic boss Lee Bowyer will be grateful not to have any fitness worries whatsoever before this match owing to a fully healthy group to pick from. Darren Pratley cannot play in this game through suspension.

Owing to a completely healthy squad available to choose from, Blackpool boss Neil Critchley doesn’t have any fitness concerns to report coming into this game.

We’re of the opinion that Blackpool and Charlton Athletic could find scoring goals difficult here.

A draw is a real possibility, as a clear-cut winner doesn’t appear to be obvious. We’re therefore anticipating a very even match with a 0-0 score at full-time. 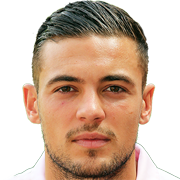 Usually used in the Centre Midfield position, Jake Forster-Caskey was born in Southend-on-Sea, England. After making a first senior appearance for Brighton & Hove Albion in the 2009 - 2010 season, the accomplished Midfielder has struck 3 league goals in this League One 2020 - 2021 campaign to date from a total of 21 appearances.

We have made these Charlton Athletic v Blackpool predictions for this match preview with the best intentions, but no profits are guaranteed. Please always gamble responsibly, only with money that you can afford to lose. Good luck with your selections.

⚽️ Where can I see the predictions for other League One matches?

Look at all of the upcoming (and previous) League One predictions & previews here.