Blackpool face off with visiting club Doncaster Rovers at Bloomfield Road Stadium in this League One match on Tuesday.

Scroll down to see all of the predictions, poll and statistics for Blackpool v Doncaster Rovers - as well as up-to-date odds.

Blackpool are hoping to win again following the 0-3 League One success against Northampton Town.

Under three goals per game were seen in 5 of the last 6 fixtures where Blackpool have been participants. Regarding the goal distribution in this period, their opponents scored an aggregate of 2 while The Seasiders totted up 5.

Doncaster Rovers come into this clash after a 1-2 League One win to beat Rochdale in their last fixture.

The only name on the scoresheet from Doncaster Rovers was Taylor Richards (30', 56'). Matt Done (83') scored for Rochdale.

Looking at their form, and Doncaster Rovers have been scored against in 5 of their last 6 games, seeing opposing sides hit 9 goals in total. In defence, The Rovers just haven’t been too solid at all. We shall soon see whether or not that trend will end up being continued on in this game.

A review of their most recent head-to-head clashes going back to 30/03/2018 shows us that Blackpool have won 2 of these & Doncaster Rovers 3, with the tally of draws being 1.

In all, 16 goals were scored between them in this period, with 7 of them from The Seasiders and 9 belonging to The Rovers. The average number of goals per game works out to 2.67.

The last league meeting between the two was League One match day 14 on 24/11/2020 when the final score was Doncaster Rovers 3-2 Blackpool.

Blackpool boss Neil Critchley will be thankful to have no fitness concerns to speak of ahead of this match owing to a completely healthy squad to pick from.

Thanks to a largely available group, there is just the lone fitness worry for the Doncaster Rovers boss Andy Butler to be concerned about. Jon Taylor (Ankle Injury) won’t be in action.

In this game, Blackpool will likely score at least once when they line up against Doncaster Rovers, who might well find it a difficult task to score themselves.

Our tip is for a controlled 2-0 margin for Blackpool at full-time. 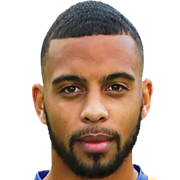 Regularly taking up the Left Wing position, CJ Hamilton was born in Harrow, England. Having made a first senior appearance for Halifax in the 2015 - 2016 season, the goalscoring Forward has contributed 5 league goals in this League One 2020 - 2021 campaign so far coming from a total of 22 appearances.

We have made these Blackpool v Doncaster Rovers predictions for this match preview with the best intentions, but no profits are guaranteed. Please always gamble responsibly, only with money that you can afford to lose. Good luck!