To see all of our predictions, user poll & stats for Southampton v Blackpool, scroll down - plus the latest match odds.

It’s not been often in recent times where Southampton haven’t conceded. The facts show that Southampton have failed to prevent opponents from scoring in 5 of their previous 6 matches, letting in 5 goals during that time.

Since being beaten in their last game against Watford in Championship competition, Blackpool and their travelling fans will hope for a better result here.

In that match, Blackpool had 48% possession and 6 shots on goal with 2 on target. For their opponents, Watford had 11 attempts at goal with 5 of them on target. Tobi Adeyemo (72') and Ismaïla Sarr (87') scored for Watford.

Looking at their form, and Blackpool have been scored against in 6 of their last 6 matches, seeing opposing sides hit 8 goals overall. At the back, Blackpool have some weaknesses to address. Regardless, time will tell whether the trend will persist in this next game or not.

Inspecting their past head-to-head clashes going back to 08/03/2008 shows that Southampton have won 1 of them & Blackpool 2, with the tally of drawn results being 3.

An aggregate of 16 goals were scored between the two sides during those clashes, with 7 of them from The Saints and 9 for The Seasiders. This gives an average number of goals per game equal to 2.67.

The previous league encounter between these clubs was Championship match day 40 on 31/03/2012 which finished with the scoreline of Blackpool 3-0 Southampton.

We’re of the view that Southampton certainly have the ability to create the chances to score more than once when they face Blackpool, who may well find it hard scoring a goal of their own.

We can therefore see a fairly comfortable 2-0 winning margin for Southampton at the conclusion of the game. 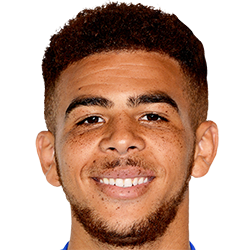 Regularly deployed in the Striker position, Ché Adams was born in Leicester, England. Having made his senior debut playing for Sheffield United in the 2014 - 2015 season, the talented Forward has scored a sum of 4 league goals in this Premier League 2022 - 2023 season to date coming from a total of 19 appearances.

We have made these Southampton v Blackpool predictions for this match preview with the best intentions, but no profits are guaranteed. Please always gamble responsibly, only with money that you can afford to lose. We wish you the best of luck.