V-Varen Nagasaki play host to away side AFC Blaublitz Akita at transcosmos Stadium Nagasaki in the J2 League game on Wednesday.

Our predictions, user poll and statistics for V-Varen Nagasaki v AFC Blaublitz Akita can be found here - as well as up-to-date odds.

V-Varen Nagasaki will be looking for an improved result here following the 1-0 J2 League loss in their previous game against Mito Hollyhock.

It’s been a rare occasion in recent games that V-Varen Nagasaki haven’t conceded. In fact, VVN have been scored against in 6 of their previous 6 games, leaking 8 goals along the way.

Going into this encounter, V-Varen Nagasaki haven’t won at home in the past 2 matches in the league.

Since a losing effort in their last game against Fagiano Okayama in J2 League competition, AFC Blaublitz Akita and their fans will hope to get a better result this time.

Coming into this fixture, AFC Blaublitz Akita are without a win away from home in their last 3 league matches.

V-Varen Nagasaki boss Takayuki Yoshida doesn’t have any fitness worries to speak of before this clash owing to a fully healthy squad available to choose from.

Due to a fully healthy group available to choose from, AFC Blaublitz Akita manager Ken Yoshida has zero fitness concerns whatsoever ahead of this game.

In our view, AFC Blaublitz Akita would be disappointed if they were not to put a goal past this V-Varen Nagasaki team, however it possibly won’t quite be as many as the goals that they could concede.

We’re tipping a very close game with a 2-1 victory for V-Varen Nagasaki after the 90. Should be a good one. 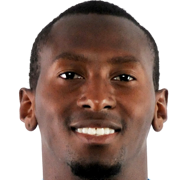 Generally taking up the Central Attacking Midfielder position, Caio César was born in São Vicente, Brazil. Having played his first senior match for Avaí in the 2017 season, the goalscoring Midfielder has hit 3 league goals in the J2 League 2021 season to date from a total of 10 appearances.

We have made these V-Varen Nagasaki v AFC Blaublitz Akita predictions for this match preview with the best intentions, but no profits are guaranteed. Please always gamble responsibly, only with money that you can afford to lose. Best of luck.