Why Do Liverpool FC Fans Sing ‘Ring of Fire’? 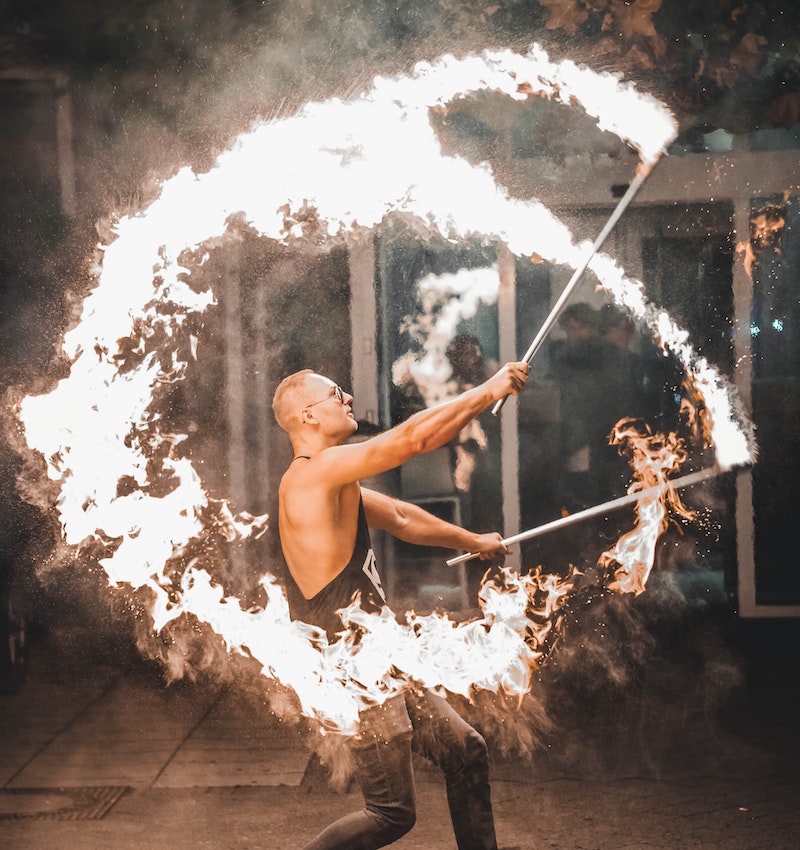 Reigning Premier League champions Liverpool can lay claim to having a fan base that is associated with some of the most recognisable chants heard on English terraces.

The Reds adopted the chant during their successful Champions League run in the 2004/05 season, as the song moved from being sung on supporter coaches to both home and away terraces.

‘Ring of Fire’ joined a growing list of iconic Liverpool chants sung by fans on the Kop and at away matches in England and Europe.

Liverpool supporters and ‘Ring of Fire’

Originally released by American singer Johnny Cash back in 1963, ‘Ring of Fire’ is a well-known song worldwide.

It has become synonymous with the supporters of six-time European champions Liverpool in the last 15 years - having made its debut on the terraces during their run to the Champions League final in 2005.

Former defender Jamie Carragher revealed in 2018 that the song was first sung by Liverpool fans en route to a game when the coach his family were travelling on listened to a Johnny Cash CD and burst into song when ‘Ring of Fire’ was played.

The anthem soon became popular amongst travelling Liverpool supporters during the season, becoming a mainstay of their European away matches that campaign. Having transferred to the Kop during the following season, ‘Ring of Fire’ was released as the club’s official anthem for the FA Cup final in 2006 - which The Reds won on penalties against West Ham United.

The specially-formed Boot Room Allstars recorded the track, which featured audio of the Kop chanting ‘Ring of Fire’ at a home match against Aston Villa.

The Kop’s catalogue of anthemic songs and chants

Having won the European Cup and Champions League on six occasions - a record for a British club - and reaching nine finals in total. Therefore, it is unsurprising that the Liverpool fans have produced some anthemic chants to accompany some of these European runs.

The Reds’ supporters created the now famous ‘Allez, Allez, Allez’ chant during 2017/18, which was first heard on the terraces during their round of 16 clash with Porto of Portugal.

For the club’s first European Cup final 40 years previously, ‘We’re on our way to Roma’ took inspiration from the location of their triumph over German side Borussia Monchengladbach. The anthem was sung to the tune of Dean Martin’s ‘Arrivederci Roma’.

Seven years later when Liverpool returned to the Stadio Olimpico for the 1984 final against Roma, the players themselves initiated a fresh chant.

Faced with the daunting task of facing the Italian side at their home ground, the players belted out ‘I Don’t Know What It Is But I Love It’ by Chris Rea in the tunnel pre-match to quash their nerves.

Taking inspiration from the Baha Men’s cheesy hit ‘Who Let The Dogs Out’, the Kop faithful rejigged the lyrics to incorporate manager Gerard Houllier and ‘The Reds’ nickname.

What followed was the ‘Hou let the Reds out’ chant, which provided the soundtrack to their UEFA Cup, League Cup and FA Cup wins during the 2000/01 season.

Two years on from the emergence of ‘Ring of Fire’, Liverpool returned to the Champions League in 2007. Despite losing to AC Milan in the final in Athens, the Liverpool fans still chant ‘Oh Campione’ which had soundtracked their run to their seventh final.

Bob Marley’s classic ‘Three Little Birds’ was originally sung by the Kop to honour a fan who sadly passed away before the 2012 League Cup final. It experienced a revival during Jurgen Klopp’s first campaign in charge, however, as The Reds reached the final of the Europa League in 2016.