VfL Bochum will be facing away side Hertha Berlin at Vonovia Ruhrstadion in the Bundesliga 1 tie on Saturday.

Our VfL Bochum v Hertha Berlin predictions, statistics and match poll can be seen below - plus the latest betting odds.

VfL Bochum, who won their previous game, will hope for a similar result following a 0-1 Bundesliga 1 triumph versus Augsburg.

In that match, VfL Bochum had 45% possession and 11 shots at goal with 4 on target. The scorer for VfL Bochum was Christopher Antwi-Adjei (58'). At the other end, Augsburg got 19 shots on goal with 5 of them on target.

In their past 6 fixtures, Thomas Letsch's VfL Bochum have hit the target a total of 6 times giving them an average number of goals per match of 1.

Hertha Berlin will go into the clash following on from a 2-0 Bundesliga 1 win in the defeat of Cologne in their most recent outing.

In that game, Hertha Berlin had 47% possession and 16 attempts at goal with 8 of them on target. For Hertha Berlin, the scorers were Wilfried Kanga (9') and Marco Richter (54'). At the other end, Köln had 10 attempts on goal with 3 on target.

The numbers tell their own story, and Hertha Berlin have been scored against in 5 of their last 6 games, conceding 10 goals overall. In defence, Hertha Berlin certainly have room for improvement. Let’s see whether or not that trend can be sustained here.

A quick look at their past head to head results stretching back to 15/11/2010 shows that these encounters have been a source of anguish for VfL Bochum. They have not managed to get any victories whatsoever while Hertha Berlin have managed to find a way, finishing as winners in 83% of those match-ups.

14 goals were scored between the two sides in these games, with 2 from Bochum and 12 belonging to Hertha. That is an average goals per game value of 2.33.

The previous league game between these sides was Bundesliga 1 match day 21 on 04/02/2022 which ended up with the score at Hertha Berlin 1-1 VfL Bochum.

That time, Hertha Berlin managed 52% possession and 13 attempts on goal with 3 on target. The scorer was Ishak Belfodil (23').

For their opponents, VfL Bochum had 10 shots at goal with 3 of them on target. Sebastian Polter (48') scored.

Hertha Berlin boss Sandro Schwarz has to contend with a number of unavailable players. Chidera Ejuke (Knee Injury), Kelian Nsona (Knee Surgery) and Stevan Jovetic (Strain) won’t be making appearances. Dodi Lukébakio is ineligible for this match because of suspension.

In our opinion, Hertha Berlin and VfL Bochum could well both score and end up finding themselves in a fairly even game here.

Will be interesting to see how this one goes, with a good chance of a draw. We’re therefore anticipating a 1-1 score draw at the end of this one. 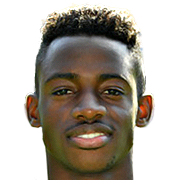 Regularly playing in the Left Wing position, Christopher Antwi-Adjei was born in Hagen, Germany. Having played his first senior match for SC Paderborn 07 in the 2017 - 2018 season, the accomplished Forward has got 2 league goals in this Bundesliga 2022 - 2023 season so far coming from a total of 10 appearances.

While we have made these predictions for VfL Bochum v Hertha Berlin for this match preview with the best of intentions, no profits are guaranteed. Always gamble responsibly, and with what you can afford to lose. Good luck with your selections.