Return to this page a few days before the scheduled game when this expired prediction will be updated with our full preview and tips for the next match between these teams.
Cagliari make the trip to Stadio Renato Dall'Ara on Wednesday for the Serie A game with home side Bologna. Full predictions, pre-match stats and user poll for Bologna v Cagliari are shown on this page - along with the latest match odds.

Bologna, following on from their previous result, will be hoping for more of the same after a 1-2 Serie A triumph vs Sampdoria.

In that game, Bologna managed 57% possession and 11 shots on goal with 3 on target. For Bologna, the scorers were Musa Barrow (70') and Riccardo Orsolini (75'). Sampdoria got 17 shots at goal with 5 of them on target. Federico Bonazzoli (88') scored for Sampdoria.

It’s been seldom in recent games where Bologna haven’t conceded. The reality is that Rossoblu have been scored against in 6 of their previous 6 games, leaking 11 goals on the way.

Heading into this contest, Bologna are without a home win in the past 3 league matches.

Cagliari go into this encounter after a 4-2 Serie A win with the eclipse of Torino in their previous outing. In that match, Cagliari managed 39% possession and 10 attempts on goal with 5 of them on target. For Cagliari, the goalscorers were Nahitan Nández (12'), Giovanni Simeone (17'), Radja Nainggolan (46') and João Pedro (68'). On the other side, Torino had 21 attempts at goal with 5 on target. Bremer (60') and Andrea Belotti (66') scored for Torino.

The stats tell the story, and Cagliari have been scored against in 5 of their last 6 matches, letting opponents get 10 goals in all. In defence, Casteddu / Rossoblu have not been doing too well. It will be interesting to find out whether or not that trend will end up being sustained in this game.

Coming into this clash, Cagliari have not beaten Bologna in games played away from home for the previous 7 league games. They'll be keen to stop this run.

Looking over their prior head-to-head meetings going back to 29/01/2017 tells us that Bologna have won 1 of them & Cagliari 2, with the tally of drawn results standing at 3.

A combined total of 13 goals were produced between them in this period, with 6 for Rossoblu and 7 coming from Casteddu / Rossoblu. This gives an average number of goals per game equal to 2.17.

It doesn’t get much better regarding selection, with just the lone fitness concern for the Bologna manager Siniša Mihajlović to contend with from an otherwise fully-primed set of players. Andreas Skov Olsen (Hamstring Injury) misses out.

We’ve got the feeling that Cagliari may not find it easy to be putting a goal past this Bologna side who we think will be able to grind out a win. Therefore, we predict a very even match with a 1-0 advantage for Bologna when all is said and done. Let’s see what happens.

Over/Under 2.5 Goals Prediction for Bologna vs Cagliari
Under 2.5 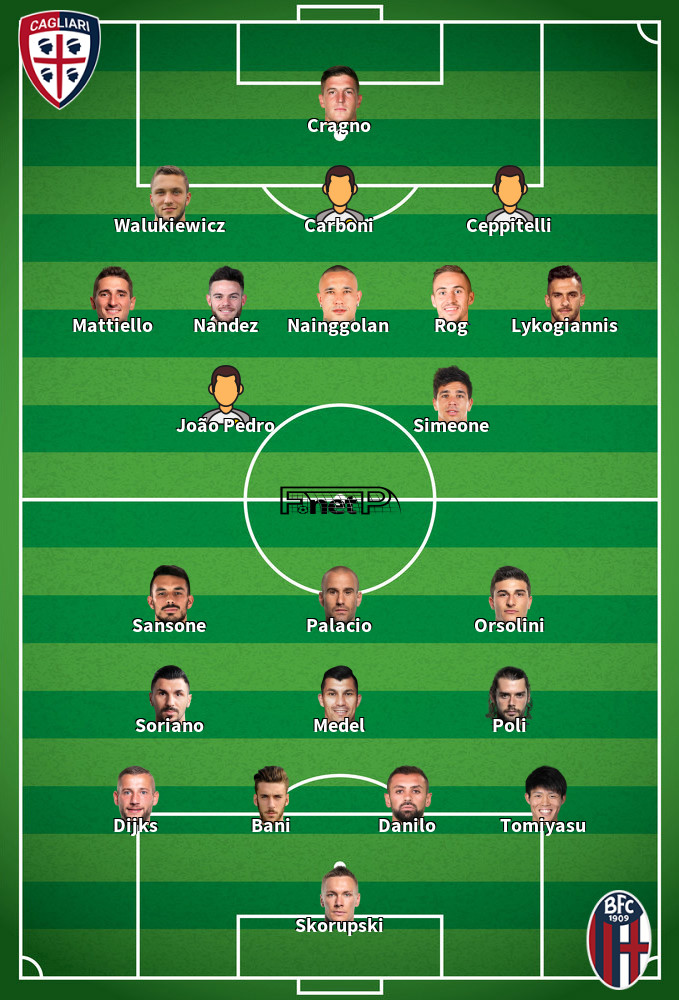 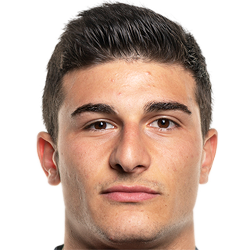 Generally taking to the field in the Right Wing position, Riccardo Orsolini was born in Italy. After having played his first senior match for Ascoli in the 2015 - 2016 season, the gifted Forward has managed 7 league goals in the Serie A 2019 - 2020 season to date from a total of 27 appearances.

We have made these Bologna v Cagliari predictions for this match preview with the best intentions, but no profits are guaranteed. Please always gamble responsibly, only with money that you can afford to lose. Best of luck.