View all Lazio v Bologna tips, stats and our pre-match poll below - plus the latest betting odds.

Lazio will be hoping for a repeat of their last result, following the 0-2 Serie A success versus Sassuolo.

In that match, Lazio had 50% possession and 12 shots on goal with 3 on target. For Lazio, goals were scored by Mattia Zaccagni (45') and Felipe Anderson (94'). For their opponents, Sassuolo had 12 attempts on goal with 2 on target.

In their prior six games, Maurizio Sarri's Lazio have hit the back of the net 7 times giving them an average number of goals per match equal to 1.17.

Bologna will go into the match after a 1-2 Serie A win in the defeat of Udinese in their last match.

In that game, Bologna had 49% possession and 15 shots at goal with 2 of them on target. For Bologna, the goals were scored by Nicola Sansone (59') and Stefan Posch (80'). On the other side, Udinese had 20 attempts at goal with 4 on target. Beto (10') scored for Udinese.

The numbers tell their own story, and Bologna have been scored against in 5 of their last 6 games, seeing their opponents hit 11 goals in all. In defence, Bologna have clearly had some problems. It will be interesting to see whether or not that trend can be sustained here.

Looking at their past head-to-head meetings stretching back to 29/02/2020 tells us that Lazio have won 4 of these games and Bologna 2, with the number of drawn results being 0.

In all, 16 goals were scored between the two sides in this period, with 9 for i Biancocelesti and 7 being from Rossoblu. This gives an average number of goals per game equal to 2.67.

We’re of the opinion that Lazio will probably be able to create a high number of chances and successful shots on target.

At the same time, Bologna will not find it easy to get shooting opportunities although we do reckon that they could well end up scoring here as well.

We therefore think that it’s going to be a 3-1 victory for Lazio come full-time. 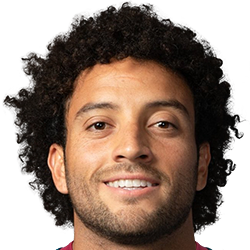 Mostly taking to the field in the Striker position, Felipe Anderson was born in Brasília, Brazil. Having made his senior debut playing for Santos in the 2011 season, the goalscoring Forward has hit 4 league goals in the Serie A 2022 - 2023 campaign so far from a total of 17 appearances.

While we have made these predictions for Lazio v Bologna for this match preview with the best of intentions, no profits are guaranteed. Always gamble responsibly, and with what you can afford to lose. Best of luck.