Bologna head to Mapei Stadium-Città del Tricolore on Saturday for the Serie A clash with home side Sassuolo.

View all of the Sassuolo v Bologna predictions, poll and stats below - along with the latest match odds.

Sassuolo will be hoping for a repeat of their last result, following the 1-2 Serie A triumph vs Crotone.

In that game, Sassuolo managed 64% possession and 23 shots at goal with 4 of them on target. For Sassuolo, the goalscorers were Domenico Berardi (14') and Francesco Caputo (49'). At the other end, Crotone got 6 shots on goal with 4 on target. Adam Ounas (26') scored for Crotone.

It’s been seldom in recent games that Sassuolo haven’t conceded. The reality is that Sassuolo have been scored against in 6 of their previous 6 games, shipping 9 goals along the way. Previous results aside, we’ll just have to find out whether the trend will continue on in this upcoming match.

Their previous form shows that Sassuolo:

In their previous fixture, Bologna drew 1-1 in the Serie A match with Benevento.

In that match, Bologna had 58% possession and 12 shots at goal with 2 on target. The only player on the scoresheet for Bologna was Nicola Sansone (1'). Benevento got 14 shots on goal with 6 of them on target. Nicolas Viola (60') scored for Benevento.

During their 6 previous matches, Siniša Mihajlović's Bologna have converted a total of 6 times thus earning them a goals scored per game average of 1.

Going into this one, Bologna are winless against Sassuolo when they've played them away from home in the last 2 league games.

A glance at their prior head-to-head meetings going back to 18/02/2018 tells us that Sassuolo have won 3 of these & Bologna 2, with the tally of drawn games being 1.

Loads of goals were seen in those games, too - 24 overall which averages out at 4 goals per meeting.

The last league clash between the two was Serie A match day 4 on 18/10/2020 which finished with the scoreline of Bologna 3-4 Sassuolo.

We believe that Bologna will have to perform well to score goals against this Sassuolo side who should get the win and a maybe even keep a clean sheet as well.

We therefore see a good tussle with a 1-0 win for Sassuolo at the conclusion of the game. 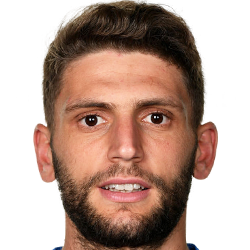 Mostly deployed in the Right Wing position, Domenico Berardi was born in Italy. After having played his first senior match for Sassuolo in the 2012 - 2013 season, the goalscoring Forward has bagged 8 league goals in this Serie A 2020 - 2021 campaign to date in 17 appearances.

We have made these Sassuolo v Bologna predictions for this match preview with the best intentions, but no profits are guaranteed. Please always gamble responsibly, only with money that you can afford to lose.