The League One meeting at Hillsborough Stadium on Saturday sees hosts Sheffield Wednesday go up against opponents Bolton Wanderers.

All Sheffield Wednesday v Bolton Wanderers match predictions, user poll and stats are shown below - as well as the best betting odds.

Sheffield Wednesday will want to continue from where they left off last time out with the 1-2 EFL Trophy victory versus Mansfield Town.

Sheffield Wednesday have not been the best at stopping their opponents of late, although they have also found ways to convert their own chances into goals. Looking at their last 6 games, Sheffield Wednesday have been punished defensively in 6 of them in addition to managing to get on the scoresheet in 5 of those matches. We will have to find out whether or not that trend will end up being continued on in this game.

Going into this game, the form guide shows that Sheffield Wednesday:

Bolton Wanderers will come into the encounter after a 4-1 EFL Trophy win to beat Liverpool U23s in their previous outing.

Showing their bias toward high-scoring encounters, goals have been celebrated 23 times in the last six games in which Bolton Wanderers have played, giving an average of 3.83 goals for each clash. Opposition teams have got 8 from this total.

Ahead of this clash, Bolton Wanderers are winless against Sheffield Wednesday when having played them away from home in the previous 3 league games.

Inspecting their most recent head to head meetings dating back to 12/01/2016 tells us that Sheffield Wednesday have won 3 of these & Bolton Wanderers 2, with the tally of drawn games standing at 1.

In all, 18 goals were yielded between them during those clashes, with 10 for The Owls and 8 netted by The Trotters. The average goals per game has been 3.

The previous league encounter between these clubs was Championship match day 37 on 12/03/2019 and the score finished Bolton Wanderers 0-2 Sheffield Wednesday.

Regarding absentees, there’s just a single fitness concern for the Sheffield Wednesday manager Darren Moore to be concerned about thanks to an otherwise robust group of players. Lewis Gibson (Fitness) misses out.

In an otherwise healthy group of players, there’s only the one fitness problem for the Bolton Wanderers manager Ian Evatt to be concerned with. Xavier Amaechi (Metatarsal Fracture) misses out for this game.

Looking at these two teams, we feel that Bolton Wanderers will have to play well to see themselves scoring against this Sheffield Wednesday lineup who we think might well just have the edge.

We’re therefore tipping a good battle with a 1-0 winning margin for Sheffield Wednesday at full-time. 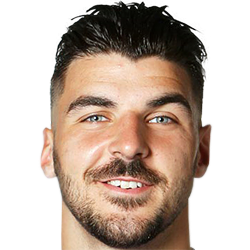 Typically taking up the Striker position, Callum Paterson was born in London, England. After making a first senior appearance for Hearts in the 2012 - 2013 season, the dangerous Forward has scored a sum of 2 league goals in this League One 2021 - 2022 campaign so far in a total of 7 appearances.

While we have made these predictions for Sheffield Wednesday v Bolton Wanderers for this match preview with the best of intentions, no profits are guaranteed. Always gamble responsibly, and with what you can afford to lose. Good luck!