Botafogo head to Estádio do Maracanã on Sunday for the Serie A meeting with home side Flamengo.

Our Flamengo v Botafogo tips, poll and stats can be seen in full below (plus the best game odds).

Flamengo head into this match after a 2-2 Copa Libertadores tied result versus Talleres.

It’s been a rare occasion in recent games that Flamengo haven’t conceded. It will be a concern for them that Flamengo have been scored against in 5 of their previous 6 games, letting in 7 goals in the process.

In their last fixture, Botafogo drew 1-1 in the Serie A match with Juventude.

Botafogo have been a threat going forward leading up to this encounter, scoring 11 times in their last 6 matches. While their manager Luís Castro will no doubt take that as a positive sign, Botafogo have been somewhat leaky at the back, having also been scored against in 5 of those same matches. We will just have to see whether or not that trend will be sustained in this game.

Going into this encounter, Botafogo are undefeated in their last 8 away league matches. Travelling very well.

A look at their prior head-to-head meetings going back to 21/07/2018 shows us that Flamengo have won 4 of these games & Botafogo 1, with the tally of drawn games standing at 1.

A combined sum of 14 goals were scored between the two sides during those clashes, with 9 for Fla and 5 coming from Fogão. The average number of goals per game works out to 2.33.

The previous league contest featuring these sides was Serie A match day 24 on 05/12/2020 which finished with the scoreline of Botafogo 0-1 Flamengo.

In that game, Botafogo managed 33% possession and 13 shots at goal with 3 of them on target.

At the other end, Flamengo had 14 attempts on goal with 3 on target. Éverton Ribeiro (55') scored.

The Flamengo manager Paulo Sousa does not have any fitness worries at all coming into this clash with a completely injury-free squad available for selection.

From a largely full-strength group of players, there is only the lone fitness worry for the Botafogo boss Luís Castro to be concerned about. Rafael (Achilles tendon rupture) misses out for this game.

One thing is for certain, Botafogo could really find it hard to put one past a Flamengo outfit who have the capability to boss this game in attack, midfield and defence.

We’re tipping a very comprehensive 3-0 win for Flamengo at the end of this one. 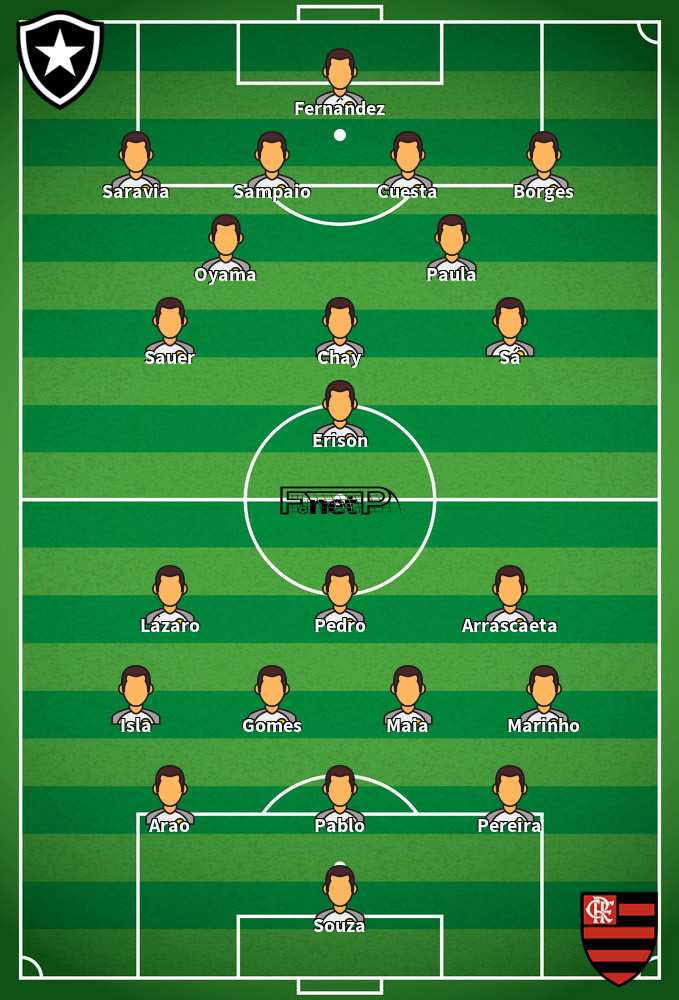 While we have made these predictions for Flamengo v Botafogo for this match preview with the best of intentions, no profits are guaranteed. Always gamble responsibly, and with what you can afford to lose.