Botafogo will host visiting club Santos at Estádio Nilton Santos in the Série A meeting on Sunday.

Our tips, poll and stats for Botafogo v Santos can all be found here (inc. the best betting odds).

Botafogo will be looking for a repeat result of the 1-0 Copa do Brasil victory vs Vasco da Gama.

Paulo Autuori's Botafogo have celebrated scoring a sum total of 6 times in their past 6 outings. The corresponding number of goals that they have conceded in those fixtures is 8.

Looking at the pre-match facts, Botafogo:

In the game prior to this, Santos drew 0-0 in the Copa Libertadores tie with Olimpia.

Alexi Cuca's Santos have found the back of the net a total of 8 times throughout their most recent 6 matches. The number of goals that they have conceded during the equivalent period equals 6.

Coming into this clash, Santos remain unbeaten by Botafogo when they have played them away from home in the previous 2 league matches.

A look at their most recent head-to-head meetings going back to 08/06/2017 tells us that Botafogo have won 1 of these & Santos 3, with the number of drawn games being 2.

A combined sum of 11 goals were produced between them during those clashes, with 4 of them from Fogão and 7 for Peixe. That’s an average goals per game figure of 1.83.

The previous league fixture featuring the two was Série A match day 30 on 03/11/2019 and the score finished Santos 4-1 Botafogo.

On the other side, Botafogo got 13 attempts at goal with 6 of them on target. Igor Cássio (34') scored.

The referee was Rodrigo D'Alonso Ferreira.

Looking at personnel, there is just the lone fitness concern for the Botafogo manager Paulo Autuori to contend with from of an almost fully healthy set of players. Lucas Barros (Knee Injury) is out of contention.

Thanks to a fully injury-free group to pick from, Santos manager Alexi Cuca has zero fitness concerns to speak of coming into this clash.

We feel that Botafogo might need a bit of good fortune to score against this Santos team who should manage to get a goal of their own in a winning performance.

We therefore think that it’s going to be a very competitive game with a 0-1 victory for Santos at the conclusion of the game.

Over/Under 2.5 Goals Prediction for Botafogo vs Santos
Under 2.5 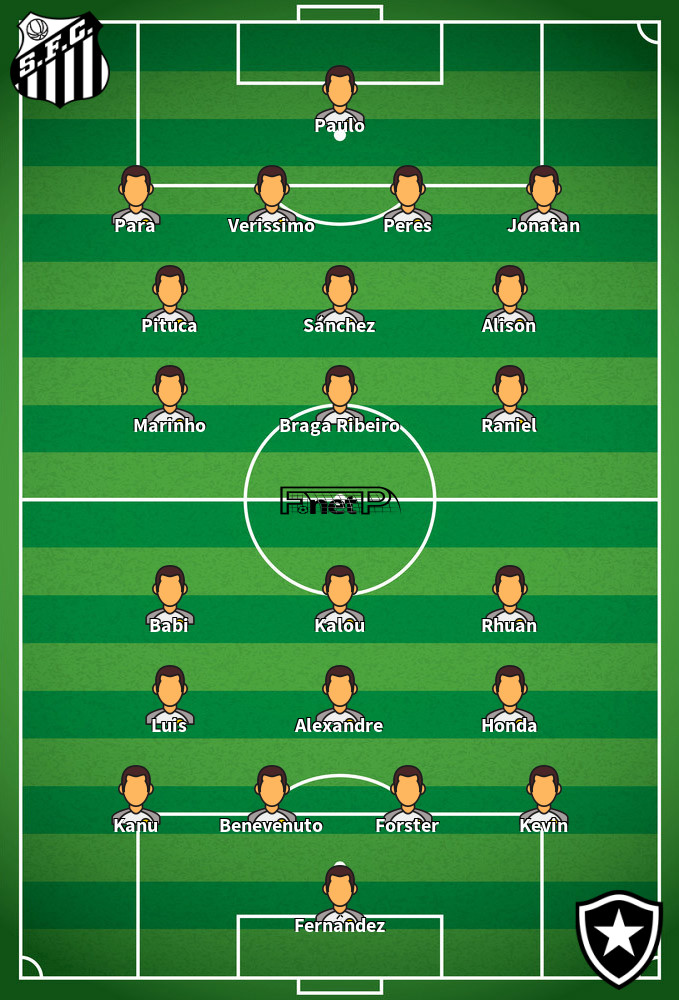 Regularly used in the Striker position, Matheus Babi was born in Macaé, Brazil. After making a first senior appearance for Botafogo in the 2020 season, the accomplished Forward has struck 3 league goals in this Série A 2020 campaign so far in a total of 9 appearances.

We have made these Botafogo v Santos predictions for this match preview with the best intentions, but no profits are guaranteed. Please always gamble responsibly, only with money that you can afford to lose. Best of luck with your selections.