To see all of our predictions, user poll & stats for Tranmere Rovers v Bradford City, scroll down (including the best match odds).

Going into this encounter, Tranmere Rovers are without a home win in the past 2 league games.

In their previous fixture, Bradford City drew 1-1 in the League Two match with Northampton Town.

The only name on the scoresheet from Bradford City was Charles Vernam (67'). Mitch Pinnock (60') was the scorer for Northampton Town.

A look at their previous results shows us that Bradford City:

A look at their past head-to-head clashes stretching back to 30/09/2006 shows us that Tranmere Rovers have won 2 of these and Bradford City 3, with the number of drawn games being 1.

10 goals were scored between them throughout the course of those matches, with 4 for Super White Army and 6 coming from The Bantams. This gives an average number of goals per game equal to 1.67.

The last league fixture between these sides was League Two match day 43 on 20/04/2021 which ended up with the score at Bradford City 0-1 Tranmere Rovers.

The Tranmere Rovers boss Micky Mellon has no fitness worries to speak of before this match owing to a fully injury-free squad available to choose from.

Thanks to a fully injury-free squad to pick from, the Bradford City manager Derek Adams does not have any fitness concerns to report coming into this game.

We’re of the view that Bradford City might need a bit of good fortune to register a score against this Tranmere Rovers lineup who we think will score one, at least.

We therefore fancy a 1-0 win for Tranmere Rovers at the end of the match. 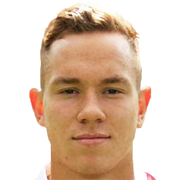 Regularly deployed in the Left Attacking Midfielder position, Kieron Morris was born in Hereford, England. Having played his first senior match for Walsall in the 2013 - 2014 season, the dangerous Midfielder has got 2 league goals in the League Two 2021 - 2022 campaign to date from a total of 16 appearances.

While we have made these predictions for Tranmere Rovers v Bradford City for this match preview with the best of intentions, no profits are guaranteed. Always gamble responsibly, and with what you can afford to lose.