Our predictions, user poll and statistics for Coventry City v Brentford can be found here (inc. the best betting odds).

Coventry City will be looking to improve on their last outing here following a 0-2 Championship losing effort in their last game against Norwich City.

Over their last 6 fixtures, Mark Robins's Coventry City have scored 5 times, an average number of goals scored per match of 0.83.

Heading into this contest, Coventry City have not won at home in their last 3 matches in the league.

Since suffering a loss in their previous game against Queens Park Rangers in Championship competition, Brentford and their travelling fans will hope for a better result here.

The previous league clash between the two was Championship match day 5 on 17/10/2020 which ended up with the score at Brentford 2-0 Coventry City.

Coventry City got 10 attempts at goal with 5 on target.

The match was refereed by Andy Woolmer.

From a largely healthy group of players, there is only a single fitness problem for the Brentford boss Thomas Frank to be concerned with. Shandon Baptiste (Knee Surgery) misses out for this game.

Here is a game where Coventry City will really need to work well to get anything against this Brentford side who we think will just have the edge.

We’re going for a highly competitive game with a 0-1 advantage for Brentford at the end of the 90. 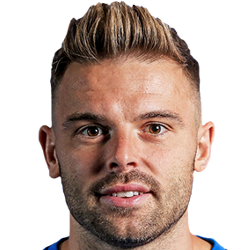 Generally played in the Striker position, Matt Godden was born in Canterbury, England. After having played his first senior match for Scunthorpe United in the 2010 - 2011 season, the dangerous Forward has scored a sum of 4 league goals in the Championship 2020 - 2021 campaign so far coming from a total of 14 appearances.

While we have made these predictions for Coventry City v Brentford for this match preview with the best of intentions, no profits are guaranteed. Always gamble responsibly, and with what you can afford to lose. Good luck with your selections.