Coventry City won’t want a repeat of their last result here following the 3-0 Championship loss in their previous game against Queens Park Rangers.

Coventry City have really been misfiring in more recent games. Their goals record stands at just 3 vs opposition teams over the course of their last six fixtures. In those meetings, The Sky Blues have also seen the number of goals that have gone against them come to 8. That pattern might not be continued into this match, of course.

Following on from tasting defeat last time out to Stoke City in Championship competition, Bristol City will be aiming to make amends here.

In that game, Bristol City managed 50% possession and 9 shots at goal with 1 on target. At the other end, Stoke City had 5 attempts on goal with 2 on target. Nick Powell (25') and Steven Fletcher (62') scored for Stoke City.

The trend of at least one team not scoring a goal in games involving Bristol City has been apparent in recent matches. Checking on their last 6 games shows that this has happened 5 times. During these clashes, their opponents have managed a goal total of 8 while The Robins have scored 4.

Coming into this meeting, Bristol City have not been beaten in their last 4 away league matches.

Checking on their most recent head to head clashes going back to 09/04/2012 shows us that Coventry City have won 2 of them and Bristol City 3, with the number of drawn matches standing at 1.

There were also goals galore in those games, with 23 in total which averages out at 3.83 goals per match.

The last league contest featuring these sides was Championship match day 1 on 12/09/2020 when it finished Bristol City 2-1 Coventry City.

That time, Bristol City had 46% possession and 11 attempts on goal with 6 on target. The scorers were Jamie Paterson (1') and Tomáš Kalas (82').

On the other side, Coventry City got 16 shots at goal with 4 of them on target. Matt Godden (33') scored.

Due to a mostly available group of players, there is just the lone fitness issue for the Bristol City boss Nigel Pearson to contend with. Andreas Weimann (Cruciate Ligament Rupture) won’t be playing here. Rene Gilmartin will not be able to play in this game through being suspended.

In our opinion, Bristol City should have enough to score a goal against this Coventry City lineup, but that possibly won’t quite be as many as they’ll concede.

We’re tipping a close game with a 2-1 winning score for Coventry City when the full-time whistle blows. It should be a decent one. 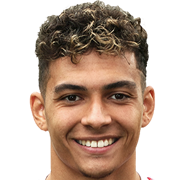 Usually used in the Striker position, Tyler Walker was born in Nottingham, England. Having made his senior debut playing for Nottingham Forest in the 2014 - 2015 season, the goalscoring Forward has scored a sum of 5 league goals in the Championship 2020 - 2021 campaign so far coming from a total of 22 appearances.

We have made these Coventry City v Bristol City predictions for this match preview with the best intentions, but no profits are guaranteed. Please always gamble responsibly, only with money that you can afford to lose. We wish you the best of luck.