Return to this page a few days before the scheduled game when this expired prediction will be updated with our full preview and tips for the next match between these teams.
Full-Time Result Prediction
👉
Viborg FF to Win

The Superliga game at Energi Viborg Arena on Sunday sees home team Viborg FF facing opposition in the form of Brøndby IF.

Our full set of predictions, statistics and match poll for Viborg FF v Brøndby IF can be seen below - plus the latest betting odds.

In that match, Viborg FF managed 60% possession and 18 shots on goal with 7 of them on target. For Viborg FF, goals were scored by Justin Lonwijk (9') and Ibrahim Said (20'). At the other end, AC Horsens had 8 attempts at goal with 3 on target. Magnus Riisgaard Jensen (93') scored for AC Horsens.

Matches involving Viborg FF have proved to be engaging ones recently with a lot of goalmouth action being a real hallmark. Over their past half dozen clashes alone, a grand total of 20 goals have flown in for both teams combined (at an average of 3.33 goals per game) with 13 of those belonging to Viborg FF. Previous results aside, we’ll just have to find out if the trend will be maintained in this next game or not.

Analysis of their past results shows that Viborg FF:

Previously, Brøndby IF drew 2-2 in the Superliga tie with Randers.

Niels Fredriksen's Brøndby IF have converted a total of 8 times in the course of their previous six matches. The aggregate of goals that they have conceded during that same period equals 8.

Going into this contest, Brøndby IF have not lost to Viborg FF when having played them away from home in the previous 9 matches in the league. It doesn't get much better than that.

An examination of their prior head to head clashes going back to 18/10/2015 shows us that Viborg FF have won 2 of these and Brøndby IF 3, with the tally of draws being 1.

12 goals were scored between them during those clashes, with 5 from De Grønne and 7 being from Drengene fra Vestegnen. This gives an average number of goals per game equal to 2.

The previous league clash featuring these clubs was Superliga match day 14 on 31/10/2021 and the score finished Viborg FF 0-1 Brøndby IF.

On that occasion, Viborg FF had 41% possession and 10 shots on goal with 2 on target.

At the other end, Brøndby IF had 14 attempts at goal with 7 of them on target. Christian Cappis (86') was the scorer.

The Viborg FF manager Jacob Friis has zero fitness concerns at all coming into this match thanks to a fully injury-free squad to pick from.

With a completely injury-free group available to select from, the Brøndby IF boss Niels Fredriksen does not have any fitness concerns to speak of coming into this game.

Our assessment here is that Brøndby IF will have to work hard as a team to hit the back of the net against this Viborg FF team who we reckon should score & stay on top.

We’re therefore predicting a very competitive encounter with a 1-0 winning score for Viborg FF at the conclusion of the game. 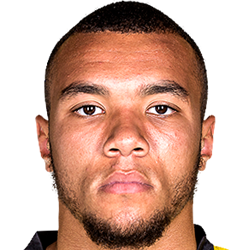 Typically playing in the Left Wing position, Jay-Roy Grot was born in Armhem, Netherlands. After having made a senior debut playing for NEC in the 2015 - 2016 season, the goalscoring Forward has struck 3 league goals in the Superliga 2022 - 2023 campaign to date in 9 appearances.

While we have made these predictions for Viborg FF v Brøndby IF for this match preview with the best of intentions, no profits are guaranteed. Always gamble responsibly, and with what you can afford to lose. Best of luck.