Budafoki visit Mezőkövesdi Városi Stadion on Saturday for the Nemzeti Bajnokság I tie with home side Mezőkövesd.

For all of our match predictions, pre-game poll and statistics for Mezőkövesd v Budafoki, scroll down (plus the best game odds).

Mezőkövesd, buoyed by their previous result, will be hoping for more of the same after the 1-2 Nemzeti Bajnokság I victory over Paksi SE.

Ahead of this clash, Mezőkövesd haven’t won at home in the past 2 league games.

After being defeated in their last game at the hands of Videoton FC in Nemzeti Bajnokság I competition, Budafoki and their travelling supporters will be hoping that they can get a better result in this one.

Mezőkövesd manager Attila Kuttor has no fitness worries whatsoever before this match thanks to a fully healthy squad available to select from.

With a completely injury-free squad available to select from, Budafoki manager Csaba Csizmadia doesn’t have any fitness worries to speak of ahead of this match.

We envisage that Mezőkövesd are likely to dominate on the ball and be rewarded with decent chances.

At the same time, Budafoki may well find it hard to find the back of the net although we do see them managing to get on the scoresheet, too.

We reckon that it will be a decent 3-1 margin for Mezőkövesd by the time that the referee blows the final whistle.

Both Teams to Score Prediction for Mezőkövesd vs Budafoki
Yes 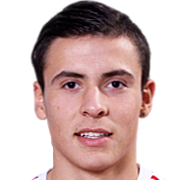 Regularly used in the Centre Midfield position, Zsombor Berecz was born in Miskolc, Hungary. After having made a senior debut playing for Vasas SC in the 2015 - 2016 season, the gifted Midfielder has hit 2 league goals in this Nemzeti Bajnokság I 2020 - 2021 campaign so far coming from a total of 3 appearances.

While we have made these predictions for Mezőkövesd v Budafoki for this match preview with the best of intentions, no profits are guaranteed. Always gamble responsibly, and with what you can afford to lose. Good luck!