West Bromwich Albion arrive at Turf Moor on Friday for the Championship game with hosts Burnley.

Scroll down to see all of the predictions, poll and statistics for Burnley v West Bromwich Albion - as well as up-to-date odds.

Burnley, following on from their previous result, will be hoping for more of the same after the 1-0 Championship success over Coventry City.

In that game, Burnley managed 65% possession and 10 shots on goal with 5 on target. The only player on the scoresheet for Burnley was Jordan Beyer (82'). For their opponents, Coventry City had 8 shots at goal with 0 of them on target.

Vincent Kompany's Burnley have managed to score a sum total of 11 times in their past six outings. The tally of goals that they have conceded in those same fixtures amounts to 5.

Their prior results show that Burnley:

West Bromwich Albion go into this clash following a 4-0 FA Cup win against Chesterfield in their previous match.

Over the course of their previous half-dozen outings, West Bromwich Albion have amassed the sum of 15 goals. West Bromwich Albion have additionally got on the scoresheet on each one of those occasions. During those fixtures, their defenders have seen 5 goals scored by their opponents. We will have to find out if that trend can be continued on here.

Looking at their past form shows that West Bromwich Albion:

Checking out their prior head to head duels dating back to 06/05/2017, there has been little between the sides with Burnley winning 1 of those games, West Bromwich Albion 1 and 4 being draws in normal time.

A sum of 10 goals were shared by the two clubs throughout the course of those matches, with 5 of them for The Clarets and 5 belonging to The Baggies. The average number of goals per game works out to 1.67.

The last league contest between the two was Championship match day 8 on 02/09/2022 which ended up with the score at West Bromwich Albion 1-1 Burnley.

On that day, West Bromwich Albion managed 53% possession and 23 attempts on goal with 8 on target. Their only player to score was Brandon Thomas-Asante (98').

At the other end, Burnley got 11 shots on goal with 4 of them on target. Jay Rodriguez (30') was the scorer.

There’s just a single fitness concern for the Burnley boss Vincent Kompany to contend with from of an almost fully healthy group. Ashley Westwood (Ankle Fracture) misses out.

West Bromwich Albion will likely create enough chances to find the net against this Burnley team, although that might not be as many as they’ll concede.

We’re tipping a 2-1 victory for Burnley after 90 minutes. It should be a decent one. 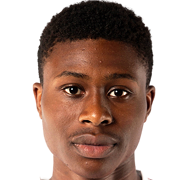 Mostly played in the Left Wing position, Nathan Tella was born in England. After making a first senior appearance for Southampton in the 2019 - 2020 season, the skilful Forward has netted 8 league goals in this Championship 2022 - 2023 season so far in a total of 24 appearances.

While we have made these predictions for Burnley v West Bromwich Albion for this match preview with the best of intentions, no profits are guaranteed. Always gamble responsibly, and with what you can afford to lose. Good luck with your selections.