Burton Albion face off with the visiting Oxford United at Pirelli Stadium in the League One match on Saturday.

To see all of our predictions, user poll & stats for Burton Albion v Oxford United, scroll down - along with the latest match odds.

Burton Albion will be wanting a better result here following the 0-4 League One losing effort in their last game against Shrewsbury Town.

A recurring characteristic of recent Burton Albion games is the high number of scores with a nil in them.

From their previous sextet of matches leading up to this one, in 5 of them a bet on "Both Teams to Score" would've lost.

Coming into this meeting, Burton Albion are winless against Oxford United in their previous 6 league matches.

Since being defeated in their last game at the hands of Wycombe Wanderers in League One competition, Oxford United and their travelling supporters will be hoping that they can get a better result in this one.

The stats tell the story, and Oxford United have been scored against in 6 of their last 6 matches, letting opponents get 9 goals overall. In defence, Oxford United seem to have a bit of a soft underbelly. It will be interesting to see whether or not that trend can be sustained here.

Going into this encounter, Oxford United haven't been beaten by Burton Albion in away games against them for the last 4 league matches. A solid away record against them.

An examination of their past head to head meetings stretching back to 02/01/2021 tells us that these encounters have ended in disappointment for Burton Albion. They have not been able to register any wins whatsoever while Oxford United have maintained the edge over them, winning in 83 per cent of those games played.

There were also goals galore in those games, with 24 overall which averages out at 4 goals per meeting.

The last league contest between these clubs was League One match day 7 on 03/09/2022 which finished with the scoreline of Oxford United 2-1 Burton Albion.

The referee was Bobby Madden.

Owing to a completely healthy squad to pick from, the Oxford United boss Karl Robinson has zero fitness concerns to speak of coming into this clash.

Here is a game where Burton Albion will do well to score against this Oxford United side who should manage to score & go ahead.

We’ve gone for a very even match with a 0-1 advantage for Oxford United at the end of this one. 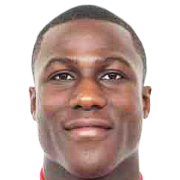 Normally playing in the Right Wing position, Victor Adeboyejo was born in Ibadan, Nigeria. Having made his senior debut playing for Leyton Orient in the 2014 - 2015 season, the accomplished Forward has managed to score 11 league goals in the League One 2022 - 2023 campaign to date in 26 appearances.

While we have made these predictions for Burton Albion v Oxford United for this match preview with the best of intentions, no profits are guaranteed. Always gamble responsibly, and with what you can afford to lose. Good luck with your selections.