SM Caen take on away side Stade Lavallois at Stade Michel D’Ornano in the Ligue 2 tie on Saturday.

Scroll down for all of our predictions, poll and stats for the SM Caen v Stade Lavallois game - plus the latest match odds.

SM Caen are hoping to win again after their last result, a 1-2 Ligue 2 success versus Sochaux.

It has been all too rare in recent games that SM Caen have kept a clean sheet. It will be a concern for them that SM Caen have failed to prevent opponents from scoring in 5 of their previous 6 matches, leaking 6 goals during that time.

Going into this game, the form guide shows that SM Caen:

Stade Lavallois come into this match following a 3-1 Ligue 2 win with the downing of Rodez in their previous fixture.

Looking at their form, and Stade Lavallois have been scored against in 5 of their last 6 matches, with opponents netting 11 goals overall. Defensively, Stade Lavallois have some weaknesses to address. Previous results aside, time will tell if such a trend will be replicated here in this game.

A look at their previous results shows us that Stade Lavallois:

A glance at their past head to head meetings going back to 04/05/2010 shows us that SM Caen have won 4 of them and Stade Lavallois 2, with the tally of draws standing at 0.

A combined total of 19 goals were scored between the two sides during those clashes, with 9 of them for Caen and 10 netted by Les Tangos. The average number of goals per game works out to 3.17.

The last league contest featuring these sides was Ligue 2 match day 12 on 15/10/2022 when it finished Stade Lavallois 4-0 SM Caen.

The referee was William Toulliou.

There aren’t many personnel worries, with just a single fitness concern for the SM Caen boss Stéphane Moulin to be concerned with from a near full-strength set of players. Lamine Sy (Cruciate Ligament Rupture) misses out.

In this match, SM Caen should create enough chances to score more than one when they play Stade Lavallois, who might well find it a difficult task getting goals. 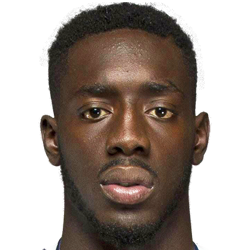 Usually deployed in the Striker position, Alexandre Mendy was born in Toulon, France. After making a first senior appearance for Nîmes in the 2014 - 2015 season, the talented Forward has got 8 league goals in this Ligue 2 2022 - 2023 season so far in 19 appearances.

While we have made these predictions for SM Caen v Stade Lavallois for this match preview with the best of intentions, no profits are guaranteed. Always gamble responsibly, and with what you can afford to lose. Best of luck with your selections.