The Championship fixture at Hillsborough Stadium on Monday sees home side Sheffield Wednesday ready themselves for the visit of Cardiff City.

Sheffield Wednesday will be looking for an improved result here following a 1-0 Championship loss in their previous game against Watford.

It’s been a rare occasion in recent times where Sheffield Wednesday have managed to hold out for a full 90 minutes. The facts show that The Owls have seen their defence breached in 6 of their previous 6 matches, letting in 10 goals on the way.

Coming into this fixture, Sheffield Wednesday are without a home win in the past 4 league matches. Things will have to change soon.

After suffering a loss in their previous game against Nottingham Forest in Championship competition, Cardiff City will be aiming to make amends here.

A series of very capable performances from the Cardiff City defensive unit has resulted in the number of goals they’ve conceded amounting to 3 from their last 6 outings in total. Over that same time, their forwards have scored 6. Such a trend won’t necessarily be continued here, of course.

Looking over their prior head to head clashes stretching back to 14/04/2017 tells us that Sheffield Wednesday have won 2 of them & Cardiff City 1, with the tally of drawn results being 3.

A combined sum of 10 goals were yielded between them during those clashes, with 6 for The Owls and 4 for The Bluebirds. That’s an average goals per game of 1.67.

The previous league contest between these clubs was Championship match day 1 on 12/09/2020 which ended up with the score at Cardiff City 0-2 Sheffield Wednesday.

On that occasion, Cardiff City had 61% possession and 7 shots on goal with 2 of them on target.

On the other side, Sheffield Wednesday got 8 shots on goal with 4 of them on target. Josh Windass (4') and Jordan Rhodes (44') scored.

The referee was Andrew Madley.

Sheffield Wednesday manager Darren Moore has a full complement, with no fitness concerns whatsoever before this clash thanks to a fully injury-free group available to select from.

Cardiff boss Mick McCarthy has multiple availability issues to deal with. Joel Bagan (Shoulder Injury) and Sol Bamba (Cancer) are those who can’t be considered.

Our thinking is that Sheffield Wednesday will do well to hit the back of the net against this Cardiff City side who we think might score & stay on top.

That’s why we have predicted a very competitive game with a 0-1 winning score for Cardiff City when the referee blows for full-time. 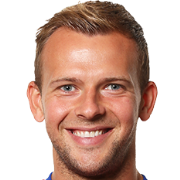 Generally taking to the field in the Striker position, Jordan Rhodes was born in Oldham, England. Having made a first senior appearance for Oxford United in the 2007 - 2008 season, the accomplished Forward has scored a sum of 6 league goals in the Championship 2020 - 2021 season so far from a total of 27 appearances.

While we have made these predictions for Sheffield Wednesday v Cardiff City for this match preview with the best of intentions, no profits are guaranteed. Always gamble responsibly, and with what you can afford to lose. Good luck with your selections.