In that game, Mallorca had 42% possession and 12 attempts at goal with 3 on target. The only player on the scoresheet for Mallorca was Amath Ndiaye (14'). On the other side, UD Las Palmas had 15 shots on goal with 2 on target. Sergio Araujo (47') was the scorer for UD Las Palmas.

In their past 6 fixtures, Luis García's Mallorca have managed to score a total of 5 times resulting in an average number of goals per match of 0.83.

A look at their previous results shows us that Mallorca:

After a losing effort in their last game against Málaga in La Liga 2 competition, CD Lugo and their travelling supporters will be hoping that they can get a better result in this one.

Over the course of 5 of the past 6 clashes involving CD Lugo, a relatively low number of goals have been hit between them and their opponents. The overall average goals scored per game during that spell is a meagre 1.83, with the average goals for Luguiño standing at 0.33. That sort of trend might not be carried forward here, however.

Ahead of this clash, CD Lugo have not won away from home in their last 12 league games. What a terrible run of away results.

Checking out their prior head to head meetings stretching back to 24/04/2016, both clubs have shared the honours with Mallorca winning 2 of those games, CD Lugo 2 and 2 being drawn after 90 minutes of play.

A total of 15 goals were scored between the two sides in this period, with 8 from Los Bermellones and 7 coming from Luguiño. That’s an average goals per game of 2.5.

The previous league fixture featuring the two was La Liga 2 match day 5 on 11/10/2020 which finished with the scoreline of CD Lugo 0-1 Mallorca.

On that occasion, CD Lugo managed 44% possession and 3 shots on goal with 2 of them on target.

Mallorca got 9 attempts at goal with 3 on target. Salva Sevilla (56') was the scorer.

The match was refereed by David Gálvez Rascón.

Mallorca manager Luis García will be thankful to have no fitness concerns whatsoever coming into this match with a completely injury-free squad to pick from.

Due to a completely healthy group to pick from, CD Lugo manager Luis Sampedro doesn’t have any fitness concerns to speak of ahead of this match.

We’re of the opinion that Mallorca can be able to score a couple when they face CD Lugo, who could well struggle getting goals.

Our tip is for a fairly comfortable 2-0 victory for Mallorca when all’s said and done. 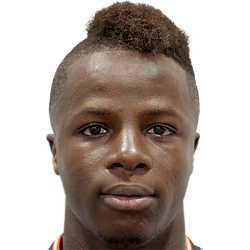 Mostly playing in the Striker position, Amath Ndiaye was born in Pikine, Senegal. Having played his first senior match for Tenerife in the 2016 - 2017 season, the gifted Forward has got 9 league goals in the LaLiga2 2020 - 2021 season to date in 24 appearances.

While we have made these predictions for Mallorca v CD Lugo for this match preview with the best of intentions, no profits are guaranteed. Always gamble responsibly, and with what you can afford to lose. Good luck!