Return to this page a few days before the scheduled game when this expired prediction will be updated with our full preview and tips for the next match between these teams.
Full-Time Result Prediction
👉
Fuenlabrada to Win

Fuenlabrada will be facing visitors CD Mirandés at Estadio Fernando Torres in the La Liga 2 match on Friday.

Our full set of predictions, statistics and match poll for Fuenlabrada v CD Mirandés can be seen below - plus the latest betting odds.

Fuenlabrada will be hoping to bounce back here after a 3-0 La Liga 2 losing effort in their last game against Real Valladolid.

Fuenlabrada have not been in good attacking form in recent times. Their ‘goals for’ figure stands at just 3 versus opposing sides over their previous six fixtures. In those games, Fuenlabrada have also seen the number of goals scored against them come to 10. That pattern isn’t assured to be carried forward into this game, however.

Coming into this meeting, Fuenlabrada are without a win at home for the past 3 league matches.

Following on from tasting defeat last time out to SD Huesca in La Liga 2 action, CD Mirandés and their travelling fans will hope for a better result here.

CD Mirandés have regularly broken through opposing defences in the lead-up to this encounter, having scored 7 times in their last 6 matches. This doesn’t mask the fact that CD Mirandés have been somewhat leaky at the back, having also been scored against in 6 of those same matches.

In that game, CD Mirandés had 60% possession and 12 attempts on goal with 4 of them on target. The goalscorers were Javi Muñoz (34') and Näis Djouahra (66').

Fuenlabrada got 9 shots at goal with 4 on target. Aboubakary Kanté (26') scored.

The Fuenlabrada manager José Oltra doesn’t have any fitness worries at all coming into this game with a fully injury-free squad to pick from.

With a completely healthy squad available for selection, the CD Mirandés boss Lolo Escobar doesn’t have any fitness concerns to report ahead of this clash.

We believe that CD Mirandés have the firepower to put a goal past this Fuenlabrada outfit, but that probably shouldn’t be enough to avoid a loss.

We’re predicting a narrow 2-1 winning score for Fuenlabrada after 90 minutes. Could easily see this go either way. 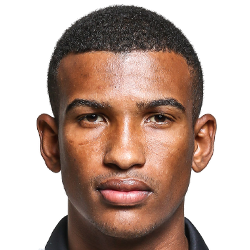 Usually taking to the field in the Striker position, Anderson was born in Bom Despacho, Brazil. After having played his first senior match for Tsarsko Selo in the 2019 - 2020 season, the skilful Forward has netted 3 league goals in the LaLiga2 2021 - 2022 season so far in a total of 13 appearances.

We have made these Fuenlabrada v CD Mirandés predictions for this match preview with the best intentions, but no profits are guaranteed. Please always gamble responsibly, only with money that you can afford to lose. Good luck with your selections.