Return to this page a few days before the scheduled game when this expired prediction will be updated with our full preview and tips for the next match between these teams.
The La Liga 2 clash at Estadi Municipal de Montilivi on Wednesday will see home side Girona FC lock horns with CD Numancia. Our predictions, user poll and statistics for Girona FC v CD Numancia can be found here - as well as up-to-date odds.

Girona FC will be hoping for a better result following a 1-0 La Liga 2 defeat last time out to Elche CF. In that game, Girona FC managed 56% possession and 14 attempts on goal with 6 on target. Elche CF had 8 attempts at goal with 4 on target. Dani Escriche (47') was the scorer for Elche CF.

Girona FC have really struggled up front in more recent games. Their ‘goals for’ figure stands at just 4 vs opposing sides over their previous six fixtures. In those meetings, Blanquivermells have also seen the number of goals against them come to 3. That pattern might not be continued into this match, though.

Their prior results show that Girona FC:

Following on from being beaten in their last game against Fuenlabrada in La Liga 2 action, CD Numancia will be aiming to make amends here. In that match, CD Numancia managed 62% possession and 12 shots at goal with 5 of them on target. At the other end, Fuenlabrada had 9 attempts on goal with 3 on target. Sekou Gassama (17', 54') was the scorer for Fuenlabrada.

Looking at their form, and CD Numancia have been scored against in 6 of their last 6 games, seeing opposing sides hit 12 goals overall. In defence, Numantinos have been far from perfect. It will be interesting to find out whether or not that trend can be sustained in this game.

Going into this contest, CD Numancia are without a win away from home in their last 7 league games.

Looking at their prior head to head meetings going back to 01/03/2015 shows us that Girona FC have won 3 of them & CD Numancia 2, with the number of drawn matches being 1.

An aggregate of 17 goals were scored between the two sides during those clashes, with 10 of them from Blanquivermells and 7 belonging to Numantinos. That’s an average goals per game figure of 2.83.

The previous league meeting featuring these sides was LaLiga2 match day 20 on 13/12/2019 when it ended CD Numancia 2-0 Girona FC. In that game, CD Numancia managed 49% possession and 11 shots at goal with 5 of them on target. The scorers were Higinio Marín (14') and Guillermo (90'). On the other side, Girona FC got 15 attempts at goal with 5 on target. The referee was Javier Iglesias Villanueva.

There aren’t many personnel worries, with just a single fitness concern for the Girona FC gaffer José Martí to contend with thanks to an otherwise robust group. Brandon (Cruciate Ligament Rupture) is sidelined.

Thanks to a completely injury-free group available to select from, CD Numancia manager Luis Carrión does not have any fitness worries at all coming into this match.

Looking at these two teams, we feel that CD Numancia should get enough chances to get a goal against this Girona FC outfit, although that is unlikely to be enough to avoid defeat. Our selection here is for a 2-1 advantage for Girona FC when all is said and done. Hopefully this is a good one. 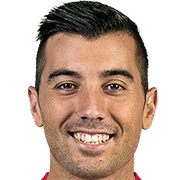 Generally taking up the Central Attacking Midfielder position, Borja García was born in Torremocha de Jarama, Spain. After having made a senior debut playing for Rayo Vallecano in the 2008 - 2009 season, the dangerous Midfielder has contributed 5 league goals in the LaLiga2 2019 - 2020 campaign so far coming from a total of 31 appearances.

We have made these Girona FC v CD Numancia predictions for this match preview with the best intentions, but no profits are guaranteed. Please always gamble responsibly, only with money that you can afford to lose. Good luck if you do place a bet today.