Yokohama F. Marinos line up against visitors Cerezo Osaka at Nissan Stadium in the J1 League tie on Sunday.

Our Yokohama F. Marinos v Cerezo Osaka predictions, statistics and match poll can be seen below including the latest game odds.

Yokohama F. Marinos will be looking to improve on their last outing here following the 2-1 J1 League defeat last time out to Nagoya Grampus.

The only player to score from Yokohama F. Marinos was Júnior Santos (1'). Gabriel Xavier (24') and Mateus (74') scored for Nagoya Grampus.

At least three goals per game have been seen in 6 of the past 6 fixtures where Yokohama F. Marinos have taken part. Opposition teams scored 13 of them in these games whereas Marinos totted up 16. Even so, we will just have to wait and see whether that trend will be replicated in this upcoming game.

Coming into this clash, Yokohama F. Marinos have not won against Cerezo Osaka in their previous 12 league matches.

Cerezo Osaka head into the game after a 2-0 J1 League win to defeat Consadole Sapporo in their previous fixture.

The only player to score from Cerezo Osaka was Hiroaki Okuno (6', 59').

Proving their partiality to fruitful encounters, goals have been seen as many as 22 times in the prior six matches in which Cerezo Osaka have taken to the field, giving an average of 3.67 goals each meeting. Their opponents have managed 8 of this grand total.

Ahead of this meeting, Cerezo Osaka haven't been defeated by Yokohama F. Marinos when having played them away from home in the previous 6 league matches. A solid away record against them.

An examination of their past head to head results stretching back to 01/04/2017 tells us that these encounters have not been good ones for Yokohama F. Marinos. They’ve not managed to come away with any wins at all whereas Cerezo Osaka have been dominant against them, winning in 83 per cent of those ties.

An aggregate of 18 goals were scored between them in these games, with 4 from Marinos and 14 being from Sakura. This gives an average number of goals per game equal to 3.

The previous league game featuring these clubs was J1 League match day 23 on 17/08/2019 which ended up with the score at Yokohama F. Marinos 1-2 Cerezo Osaka.

Yokohama F. Marinos boss Ange Postecoglou will be happy not to have any fitness worries at all coming into this clash thanks to a fully injury-free squad to choose from.

Due to a mostly available squad, there’s only the lone fitness worry for the Cerezo Osaka gaffer Miguel Lotina to contend with. Yuta Toyokawa (Knee Injury) misses out for this game.

It’s likely that Cerezo Osaka will surely find it tough to be scoring even one goal against a Yokohama F. Marinos side who have all the attributes to set up a big win.

We’re going for a 3-0 victory for Yokohama F. Marinos at the end of the game. 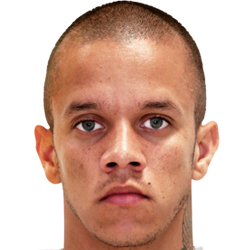 Generally used in the Left Wing position, Marcos Júnior was born in Gama, Brazil. After having played his first senior match for Fluminense in the 2012 season, the goalscoring Forward has netted 9 league goals in the J1 League 2020 season to date in a total of 14 appearances.

While we have made these predictions for Yokohama F. Marinos v Cerezo Osaka for this match preview with the best of intentions, no profits are guaranteed. Always gamble responsibly, and with what you can afford to lose. Good luck!