The First Division A tie at Kehrwegstadion on Friday will see home team Eupen playing against Charleroi.

Scroll down for all of our predictions, poll and stats for the Eupen v Charleroi game - along with the latest match odds.

Eupen go into this fixture after a 2-2 First Division A tied result against Standard Liège.

For Eupen, the goalscorers were Smail Prevljak (36') and Stef Peeters (57'). Merveille Bokadi (34') and Arnaud Bodart (90') scored for Standard Liège.

It has been a rare occasion in recent times where Eupen haven’t conceded. In fact, Pandas have seen their defence breached in 5 of their previous 6 games, shipping 10 goals in the process. We shall soon find out whether or not that trend will end up being sustained in this game.

Analysis of their past results shows that Eupen:

Since being defeated in their last game at the hands of KAA Gent in First Division A action, Charleroi will be hoping to turn things around here.

Osman Bukari (45') was the scorer for KAA Gent.

The stats don’t lie, and Charleroi have been scored against in 5 of their last 6 games, seeing opposing sides hit 10 goals in total. Defensively, Les Zèbres can certainly do much better.

Inspecting their prior head to head clashes going back to 04/08/2018 tells us that Eupen have won 1 of these & Charleroi 4, with the tally of drawn matches being 1.

A sum of 14 goals were yielded between them in these games, with 4 for Pandas and 10 being from Les Zèbres. That’s an average goals per game of 2.33.

The previous league fixture between these clubs was First Division A match day 22 on 18/01/2020 which ended up with the score at Eupen 1-1 Charleroi.

Eupen manager Beñat San José will be grateful to have no fitness worries at all coming into this clash thanks to a fully healthy group available to select from.

Thanks to a largely available group of players, there’s only the lone fitness problem for the Charleroi boss Karim Belhocine to be concerned about. Massimo Bruno (Cruciate Ligament Rupture) misses out for this game.

Here is a game where Eupen will have to play well to score goals against this Charleroi team who we reckon will just have the edge.

We therefore fancy a highly competitive game with a 0-1 win for Charleroi at the end of this one. 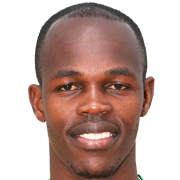 Usually deployed in the Striker position, Knowledge Musona was born in Harare, Zimbabwe. After having played his first senior match for Hoffenheim in the 2011 - 2012 season, the accomplished Forward has scored 2 league goals in the First Division A 2020 - 2021 campaign so far in 12 appearances.

While we have made these predictions for Eupen v Charleroi for this match preview with the best of intentions, no profits are guaranteed. Always gamble responsibly, and with what you can afford to lose. Best of luck.