Return to this page a few days before the scheduled game when this expired prediction will be updated with our full preview and tips for the next match between these teams.
Full-Time Result Prediction
👉
Charlotte FC to Win
Both Teams to Score Prediction
👉
Yes

Matches with Charlotte FC have often been engaging encounters of late with plenty of scoring the rule rather than the exception. Over their past six games, the sum total of 20 goals have been scored for both sides combined (at an average of 3.33 goals per game) with 11 of them being chalked up by Charlotte FC.

During their six previous matches, Ezra Hendrickson's Chicago Fire have fired home 9 times - yielding them a goals per game average of 1.5.

In our opinion, Chicago Fire have it in them to find the back of the net against this Charlotte FC team, but it might not be enough to prevent defeat.

Our selection here is for a narrow 2-1 advantage for Charlotte FC at the end of this one. Looking forward to this. 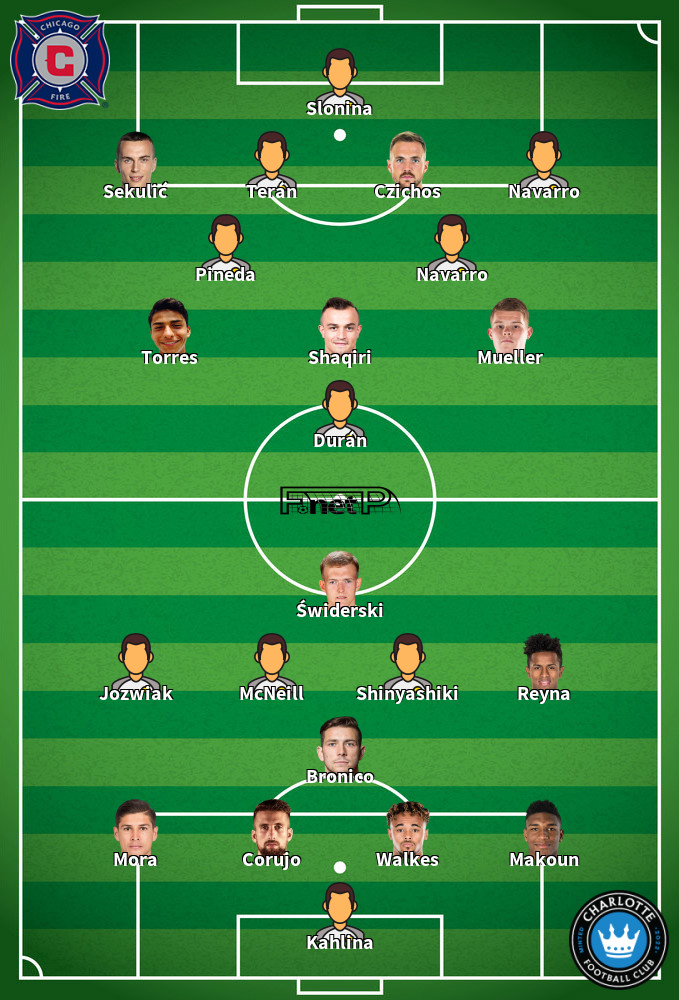 While we have made these predictions for Charlotte FC v Chicago Fire for this match preview with the best of intentions, no profits are guaranteed. Always gamble responsibly, and with what you can afford to lose.