Return to this page a few days before the scheduled game when this expired prediction will be updated with our full preview and tips for the next match between these teams.
Full-Time Result Prediction
👉
Charlotte FC to Win

For all of our match predictions, pre-game poll and statistics for Charlotte FC v D.C. United, scroll down (including the best match odds).

Charlotte FC will want to continue from where they left off last time out with a 3-0 MLS triumph against D.C. United.

In that match, Charlotte FC managed 56% possession and 16 attempts on goal with 8 of them on target. For Charlotte FC, the scorers were Karol Świderski (64') and Quinn McNeill (67'). At the other end, D.C. United had 9 attempts at goal with 1 on target. Steve Birnbaum (13' Own goal) was the scorer for D.C. United.

In a total of 5 of the previous 6 clashes featuring D.C. United, at least three goals have been hit. The average number of goals per match during that spell is 4.67, with the number of goals averaged by D.C. United coming out as 1.5. That pattern isn’t assured to be carried forward here, of course.

Charlotte FC got 11 attempts on goal with 5 of them on target.

The referee was Victor Rivas.

We’re of the view that D.C. United certainly have the ability to score against this Charlotte FC side, but it is unlikely to prevent them from conceding a couple at the other end.

We can see a tight encounter finishing with a 2-1 victory for Charlotte FC after the 90. Could easily see this go either way. 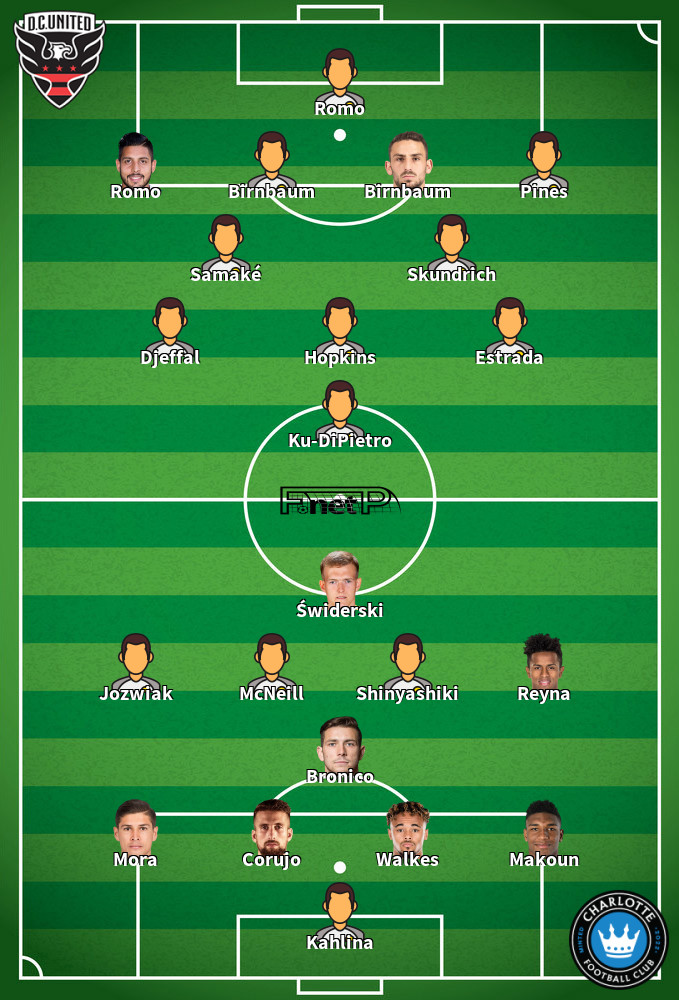 We have made these Charlotte FC v D.C. United predictions for this match preview with the best intentions, but no profits are guaranteed. Please always gamble responsibly, only with money that you can afford to lose. Good luck!