Vitória Guimarães will be the visitors at Estádio Eng. Manuel Branco Teixeira on Sunday for the Primeira Liga clash with hosts Chaves.

Our Chaves v Vitória Guimarães tips, poll and stats can be seen in full below - plus the latest match odds.

Chaves will be hoping to return to winning ways here following the 1-0 Relegation play-off defeat last time out to Moreirense.

It’s been seldom in recent times that Chaves have kept a clean sheet. It will be a concern for them that Chaves have failed to prevent opponents from scoring in 5 of their previous 6 clashes, giving up 9 goals during that time.

After being beaten in their last game against Hajduk Split in Conference League Qualifiers competition, Vitória Guimarães and their travelling supporters will be hoping that they can get a better result in this one.

João Moreno's Vitória Guimarães have managed to stick the ball in the net 11 times in the course of their previous sextet of matches. The aggregate of goals that they have conceded during that same period comes to 5.

Looking at their past head-to-head meetings dating back to 04/12/2016 tells us that Chaves have won 1 of these games & Vitória Guimarães 4, with the tally of draws standing at 1.

There were also plenty of goals scored in those games, 24 overall at an average of 4 goals per meeting.

The last league match featuring these clubs was Primeira Liga match day 28 on 06/04/2019 when it finished Vitória Guimarães 4-0 Chaves.

Chaves had 18 shots on goal with 6 of them on target.

The match was refereed by João Capela.

The Chaves manager Vítor Campelos does not have any fitness concerns to speak of before this game thanks to a fully injury-free group available to choose from.

Thanks to a mainly available squad, there’s just the one fitness problem for the Vitória Guimarães gaffer João Moreno to be concerned with. Tomás Händel (Muscle Injury) won’t be in action.

It’s looking like Vitória Guimarães and Chaves could well end up finding themselves level here, with both teams capable of netting.

Will be interesting to see how this one goes, with a good chance of a draw. That is why we are leaning toward a very close game with a 1-1 draw when the full-time whistle blows. 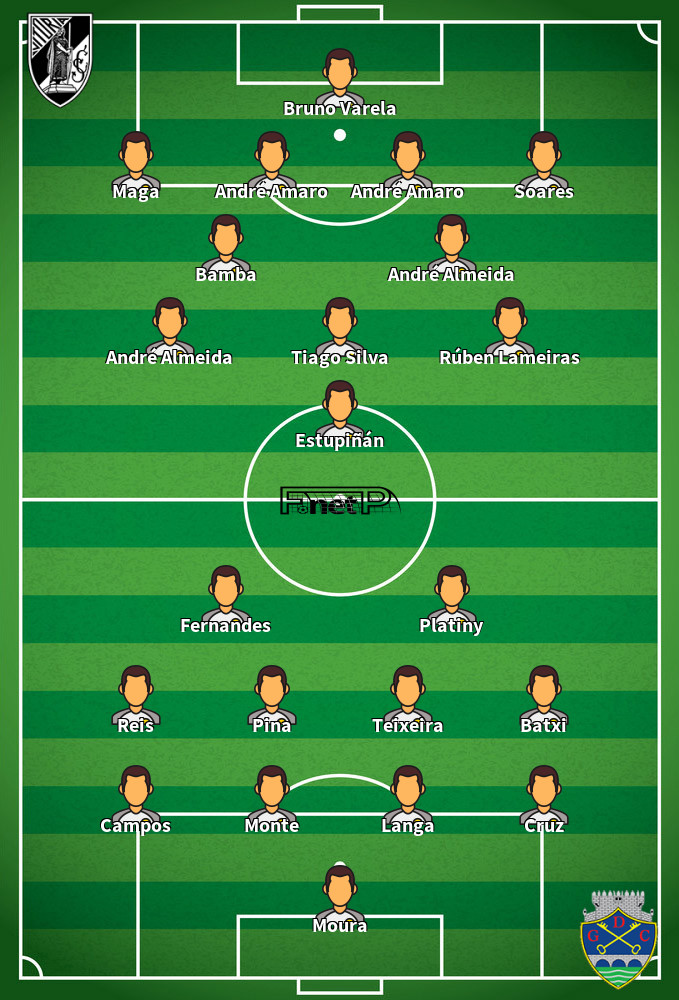 We have made these Chaves v Vitória Guimarães predictions for this match preview with the best intentions, but no profits are guaranteed. Please always gamble responsibly, only with money that you can afford to lose. Best of luck with your selections.