Return to this page a few days before the scheduled game when this expired prediction will be updated with our full preview and tips for the next match between these teams.
Full-Time Result Prediction for Chesterfield vs Ebbsfleet United
Chesterfield to Win
The National League clash at Proact Stadium on Saturday sees home team Chesterfield facing opposition in the form of Ebbsfleet United.

We’ve got the feeling that Ebbsfleet United will have a tough ask to break down this Chesterfield lineup who we think might well score at least once to put them ahead. We therefore think that it’s going to be a good tussle with a 1-0 victory for Chesterfield when the full-time whistle blows. Looking forward to watching this one unfold. Our predictions, user poll and statistics for Chesterfield v Ebbsfleet United can be found here - plus the latest match odds.

Leading up to this clash, Chesterfield: 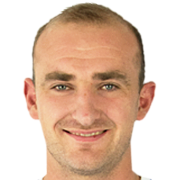 Mostly played in the Striker position, Tom Denton was born in Shepley, England. Having played his first senior match for Woking in the 2008 - 2009 season, the skilful Forward has got 5 league goals in this National League 2019 - 2020 campaign so far from a total of 21 appearances.

While we have made these predictions for Chesterfield v Ebbsfleet United for this match preview with the best of intentions, no profits are guaranteed. Always gamble responsibly, and with what you can afford to lose. Best of luck with your selections.