The National League meeting at Gallagher Stadium on Saturday will see hosts Maidstone United prepare for the visit of Chesterfield.

All of our predictions, stats and the user poll for Maidstone United v Chesterfield are shown below - plus the latest betting odds.

Maidstone United will be looking for an improved result here following a 3-0 National League loss in their previous game against Bromley.

Fixtures featuring Maidstone United have often been absorbing ones recently with plenty of scoring the rule rather than the exception. Over their past six games, a grand total of 20 goals have flown in for both sides combined (at an average of 3.33 goals per game) with 6 of those accredited to Maidstone United.

For Chesterfield, the scorers were Jamie Grimes (8') and Jesurun Uchegbulam (87'). Gimé Touré (3') and Josh Staunton (80') scored for Yeovil Town.

Chesterfield have attacked well leading up to this encounter, having scored 14 goals in their last 6 matches. Having said that, Chesterfield have had their own issues at the back, also conceding in 5 of those same clashes. We will find out if that trend will be sustained into this next match.

The last league meeting featuring the two was National League match day 50 on 13/04/2019 when it finished Chesterfield 4-1 Maidstone United.

The match was refereed by Gareth Rhodes.

The Maidstone United manager Hakan Hayrettin will be grateful not to have any fitness worries to speak of ahead of this clash thanks to a completely injury-free squad to choose from.

Due to a mostly available group of players, there is just the lone fitness problem for the Chesterfield boss Paul Cook to be concerned with. Kabongo Tshimanga (Fractured Leg) won’t be in action.

We’re envisaging that Maidstone United will need to put in a solid display to be putting a goal past this Chesterfield outfit who will likely be able to grind out a win.

Our tip is therefore for a hard-fought 0-1 winning score for Chesterfield at the conclusion of the game. 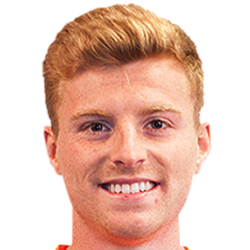 Normally used in the Striker position, Jack Barham was born in England. Having made a first senior appearance for Maidstone United in the 2022 - 2023 season, the talented Forward has scored a sum of 2 league goals in the National League 2022 - 2023 campaign to date from a total of 9 appearances.

While we have made these predictions for Maidstone United v Chesterfield for this match preview with the best of intentions, no profits are guaranteed. Always gamble responsibly, and with what you can afford to lose. Good luck with your selections.