Our predictions, user poll and statistics for Chesterfield v Notts County can be found here - plus the latest match odds.

Chesterfield will be looking for an improved result here after a 4-0 FA Cup defeat last time out to West Bromwich Albion.

It’s been a rare occasion in recent games that Chesterfield have shown defensive steel. In fact, Chesterfield have been scored against in 6 of their previous 6 clashes, giving up 11 goals in the process. We will have to find out whether or not that trend will end up being continued on in this game.

Going into this game, the form guide shows that Chesterfield:

The only name on the scoresheet from Notts County was Cedwyn Scott (56'). George Broadbent (44') was the scorer for Boreham Wood.

Proving their penchant for high-scoring encounters, goals have been scored 23 times in the previous 6 matches in which Notts County have taken to the field, making it an average of 3.83 goals each meeting. Opposing teams have managed 7 from this total.

Ahead of this meeting, Notts County have not been beaten in their last 9 league matches away from home. Travelling very well.

Checking out their prior head to head duels stretching back to 21/11/2020, there has been little between the sides with Chesterfield winning 2 of those games, Notts County 2 and 2 being drawn in normal time.

A total of 21 goals were yielded between them in these games, with 11 from The Spireites and 10 created by The Magpies. That is an average goals per game value of 3.5.

The previous league meeting between these clubs was National League match day 4 on 20/08/2022 which finished with the scoreline of Notts County 2-2 Chesterfield.

The referee was Scott Tallis.

Nearly everyone is up for selection, with just one fitness concern for the Chesterfield boss Paul Cook to contend with due to a largely intact squad. Kabongo Tshimanga (Fractured Leg) is out of contention.

With a fully healthy squad available to choose from, the Notts County manager Luke Williams has no fitness concerns whatsoever coming into this clash.

Here, we’re thinking that Chesterfield may well find it hard to score against this Notts County outfit who we reckon will get a goal themselves and run out victorious.

We therefore see a very even contest with a 0-1 win for Notts County at the conclusion of the game. 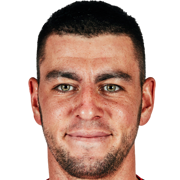 Usually deployed in the Striker position, Joe Quigley was born in England. After making a first senior appearance for Torquay United in the 2015 - 2016 season, the skilful Forward has netted 7 league goals in the National League 2022 - 2023 campaign so far from a total of 21 appearances.

While we have made these predictions for Chesterfield v Notts County for this match preview with the best of intentions, no profits are guaranteed. Always gamble responsibly, and with what you can afford to lose. Best of luck with your selections.