Chesterfield journey to Roots Hall on Saturday for the National League game with home side Southend United.

Our predictions, user poll and statistics for Southend United v Chesterfield can be found here - plus the latest match odds.

Southend United will be hoping for a repeat of their last result, following the 1-0 National League victory versus Eastleigh.

The only scorer from Southend United was Nathan Ferguson (69').

It has been seldom in recent times that Southend United have shown defensive steel. In fact, Southend United have failed to prevent opponents from scoring in 5 of their previous 6 games, leaking 11 goals on the way. It will be interesting to see if that trend can be continued on here.

Coming into this meeting, Southend United have not lost a league tie with Chesterfield in their previous 2 games.

In their last game, Chesterfield drew 1-1 in the National League match with Wrexham.

The only scorer from Chesterfield was Fraser Kerr (5'). Paul Mullin (84') scored for Wrexham.

James Rowe's Chesterfield have fired home 10 times in the course of their most recent sextet of matches. The number of goals that they have conceded during the equivalent period adds up to 8.

Ahead of this meeting, Chesterfield are without a win away from home in their last 2 league games.

Looking at their prior head-to-head clashes stretching back to 07/12/2013 shows that Southend United have won 4 of these & Chesterfield 2, with the number of drawn matches being 0.

In all, 16 goals were scored between the two sides in these games, with 11 of them from The Shrimpers and 5 coming from The Spireites. That’s an average goals per game figure of 2.67.

The previous league contest featuring these sides was League One match day 43 on 14/04/2017 and the score finished Chesterfield 0-4 Southend United.

The Southend United boss Phil Brown will be grateful not to have any fitness worries whatsoever before this game owing to a fully injury-free squad to choose from.

Due to a fully injury-free squad ready to go, the Chesterfield boss James Rowe doesn’t have any fitness concerns to report coming into this game. Stefan Payne will not be able to play in this game through being suspended.

We’re of the view that Southend United will need to apply a lot of pressure to hit the back of the net against this Chesterfield lineup who should get the win and a maybe even keep a clean sheet as well.

We’ve gone for a very competitive game with a 0-1 winning score for Chesterfield at the end of this game. 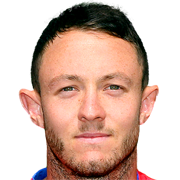 Mostly taking to the field in the Striker position, Rhys Murphy was born in England. After making a first senior appearance for Brentford in the 2009 - 2010 season, the gifted Forward has accumulated 3 league goals in this National League 2021 - 2022 campaign so far in a total of 8 appearances.

While we have made these predictions for Southend United v Chesterfield for this match preview with the best of intentions, no profits are guaranteed. Always gamble responsibly, and with what you can afford to lose. Good luck if you do place a bet today.