Return to this page a few days before the scheduled game when this expired prediction will be updated with our full preview and tips for the next match between these teams.
Full-Time Result Prediction
👉
Houston Dynamo to Win

The time’s nearly upon us for MLS action on Sunday as Houston Dynamo will take on Chicago Fire.

For all of our match predictions, pre-game poll and statistics for Houston Dynamo v Chicago Fire, scroll down (inc. the best betting odds).

Houston Dynamo will be looking to improve on their last outing here following the 2-1 MLS defeat in their last game at the hands of Orlando City.

Paulo Nagamura's Houston Dynamo have celebrated scoring a sum total of 7 times in their past 6 outings. At the other end, the number of goals that have been scored against them in those same fixtures amounts to 8.

Chicago Fire head into the game following a 1-0 MLS win against D.C. United in their last match.

In that match, Chicago Fire managed 53% possession and 14 shots on goal with 7 of them on target. The only player on the scoresheet for Chicago Fire was Fabian Herbers (78'). At the other end, D.C. United got 11 attempts at goal with 0 on target.

Proving their bias toward fruitful encounters, goals have been seen as many as 21 times in the previous 6 matches in which Chicago Fire have sent out their troops, making it a mean average of 3.5 goals each clash. Opposition teams have hit 13 of this grand total. Having said that, time will tell whether that trend might be maintained here in this match or not.

A look at their prior head-to-head clashes going back to 04/07/2015 shows us that Houston Dynamo have won 2 of these and Chicago Fire 3, with the number of drawn results standing at 1.

A combined sum of 16 goals were scored between the two sides in this period, with 7 of them from Orange Crush and 9 coming from Men in Red. This gives an average number of goals per game equal to 2.67.

The previous league clash between these clubs was MLS match day 5 on 23/09/2020 which ended up with the score at Chicago Fire 4-0 Houston Dynamo.

For their opponents, Houston Dynamo got 7 attempts at goal with 1 of them on target.

The match was refereed by Marcos de Oliveira.

The Houston Dynamo manager Paulo Nagamura will be grateful not to have any fitness worries at all before this clash with a fully injury-free group available to choose from.

We feel that Chicago Fire have the firepower to get a goal against this Houston Dynamo outfit, but that probably shouldn’t be enough to avoid defeat.

Our tip is for a very close game with a 2-1 winning score for Houston Dynamo when all is said and done. Let’s wait and see how it plays out. 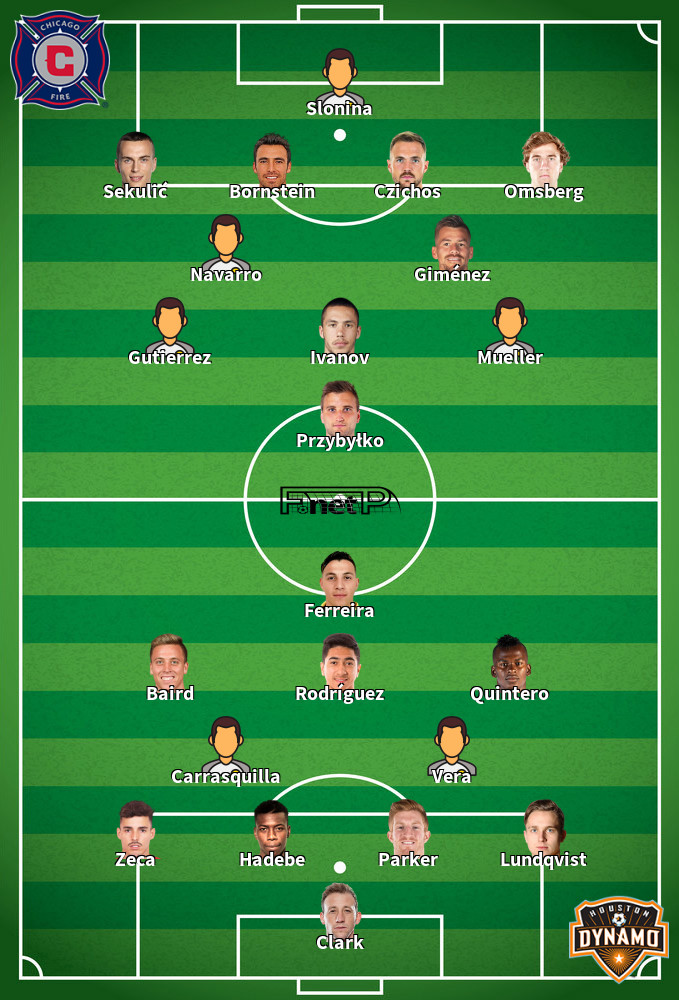 While we have made these predictions for Houston Dynamo v Chicago Fire for this match preview with the best of intentions, no profits are guaranteed. Always gamble responsibly, and with what you can afford to lose. Best of luck with your selections.